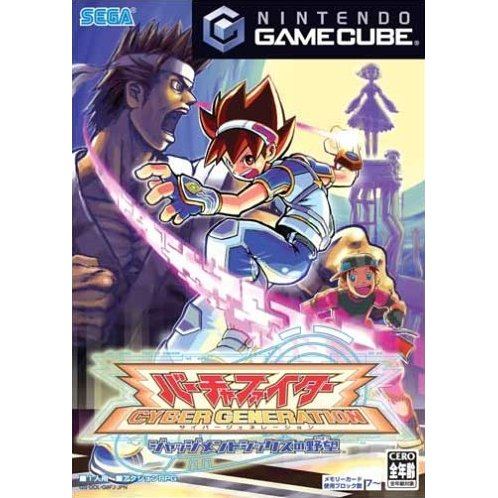 Sega
Rated
By Our Customers
Compatible with GameCube™ (GC)
For JPN/Asian systems, use Freeloader for other.

NTSC
1w Expected stock arrival within 1 week
Price
US$22.99
Our previous price:
US$ 23.90
You save:
US$ 0.91( 4% )
Play-Asia.com Return & Refund Policy
Trustpilot
Trustpilot
Click on a thumbnail to see more pictures for Virtua Fighter Cyber Generation: Ambition of the Judgement Six

Virtua Fighter Cyber Generation: Ambition of the Judgement Six - previously also announced as Virtua Fighter Quest - is an action RPG, in which you play as an original character Sei, a 14 year old treasure hunter who lives in the sea city Acropolis. His father is a software engineer of a virtual reality simulation application called Nexus. His companion is a 15 year old girl named Toka, who lives in the Acropolis.

As time passes by, the network system of Nexus becomes unstable, many treasures in the system were lost due to management errors. Sei becomes a treasure hunter to search for these lost data in the VR world.

In the game Sei can fight with various characters in the VR world of Nexus, such as the Virtua Fighter characters, in a 3rd person action game style.

If you are familiar with Virtua Fighter Cyber Generation: Ambition of the Judgement Six, why not let others know?