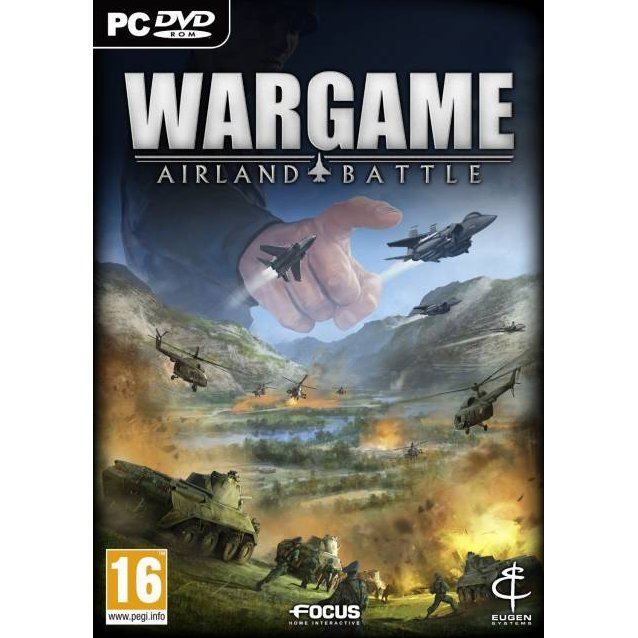 sold Out of print / Out of stock.
Manufacturer
Focus Home Interactive
Compatible With Windows™ (PC)
Version


Click on a thumbnail to see more pictures for Wargame: AirLand Battle (DVD-ROM)

Wargame AirLand Battle is the sequel to Wargame European Escalation, the real-time strategy game created by Eugen Systems that completely redefined strategy games in 2012.With its dynamic and tense gameplay that demanded strategic vision and depth, its spectacular and realistic visual experience and its many new features such as the solo campaign, Wargame AirLand Battle is set to take the series to new heights.It is 1985. Tired of repeated provocations from the United States, the USSR strengthens its military capabilities and rises to the challenge of the confrontation. After several months of growing tension, an incident in the North Sea sparks an escalation. All over the world, Pact and NATO forces are mobilized and set the world on fire. As neither camp dominates the main front in Germany, fate hangs in the balance in Scandinavia...Find yourself at the head of all military forces involved, with more than just tanks, as planes make a dramatic entrance in this series, with 150 aircraft of all kinds to complete your arsenal: fighters, bombers, electronic warfare aircraft, etc. Four new nations and their vehicles join the eight nations from Wargame European Escalation, for a total of over 750 vehicles and combat units! The game experience is enhanced by the brand new version of the IRISZOOM Engine, offering even larger and more detailed game maps with impressive landscapes rendered from satellite imaging.Once again, the world is at war. Prepare your armies; the outcome of this conflict now depends entirely on you.

If you are familiar with Wargame: AirLand Battle (DVD-ROM), why not let others know?