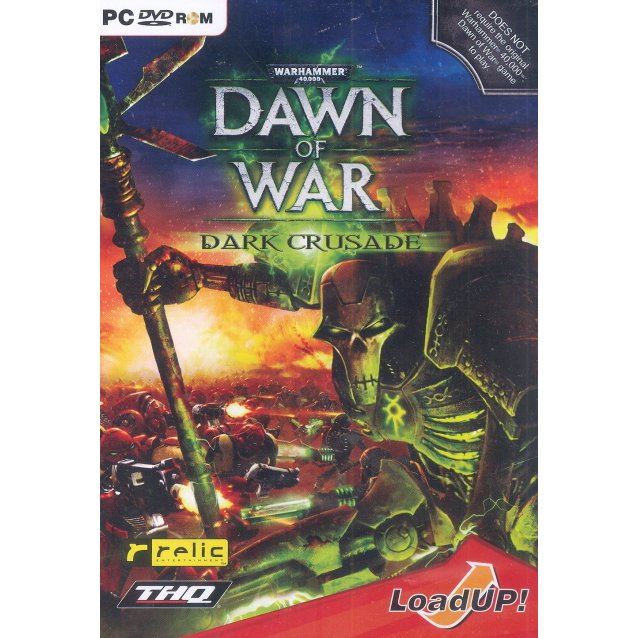 From award-winning RTS developer Relic Entertainment comes Dark Crusade™, an all-new hybrid expansion for the 2004 RTS Game of The Year, Dawn of War™.

Play any of seven unique races, striving for control over planet Kronus, a world on the edge of the Imperium that has recently fallen under the rule of the Tau Empire. Witness the ancient Necrons awakening from the depths of the planet to renew their mission to exterminate all life in the galaxy and harvest its remains. The Necrons' return has made Kronus a high priority target for all the other major powers in the galaxy, who have converged for a new day of reckoning.

A showdown of epic proportions follows: Seven races contend for dominance of the planet — but only one can be victorious.

If you are familiar with Warhammer 40,000: Dawn of War Dark Crusade (LoadUP!), why not let others know?