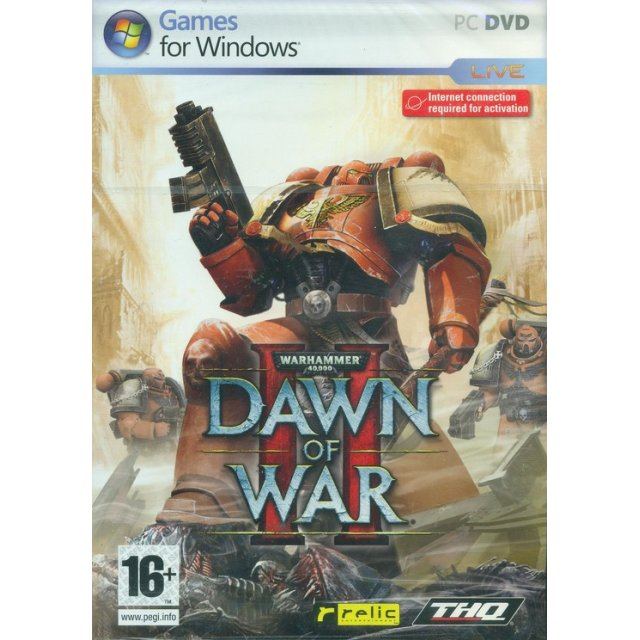 Collections
THQ
Rated
By Our Customers
Compatible with Windows™ (PC)

Ten thousand years have passed since the treasonous acts of Chaos toppled the Golden Age of mankind. Fires burn brightly throughout the galaxies, illuminating carnage and slaughter as mankind defends itself from ancient enemies. Hardened forces collide with one goal in mind, the complete extermination of their opposition. Relic Entertainment brings the world's most successful tabletop war game to the PC. Control one of four unique races in head-to-head or cooperative multiplayer action, where faith, skill, and strategy are requisites in ruling the universe.