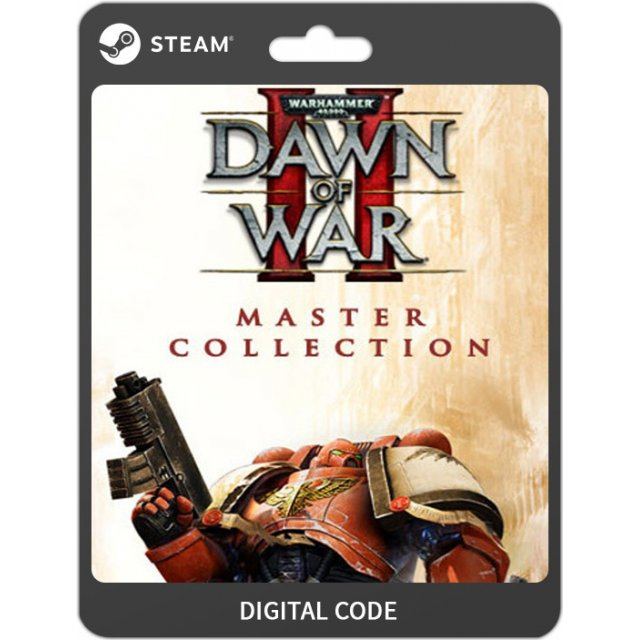 Region Free
This item will deliver instantly in your account. Some orders may be subject to verification by SMS or Voice which may cause delays.
US$7.22
Manufacturer
Sega
Compatible With Windows™ (PC)
Version

ITEMS INCLUDED IN THIS GAME:
- Warhammer 40,000: Dawn of War II: Developed by award-winning studio Relic Entertainment, Dawn of War II ushers in a new chapter in the acclaimed RTS series – taking players to the brutal frontlines of war to lead an Elite Strike Force on a mission to save the galaxy.

- ​Warhammer 40,000: Dawn of War II: Retribution: Command any of the six unique factions in the next standalone expansion of the critically acclaimed Dawn of War real-time strategy franchise. Choose to build a massive army or lead a small squad of elite heroes into battle and experience a single-player campaign customized to your favorite race. Go online and face off against your enemies and experience the fast brutal combat of the 41st millennium.

- Warhammer 40,000: Dawn of War II Chaos Rising: In SEGA and Relic Entertainment’s sequel to the acclaimed Dawn of War II real-time strategy franchise, you return to Sub-Sector Aurelia where a long lost frozen ice planet has reappeared from the Warp, bringing with it new secrets to uncover and deadly new foes to face.

In Dawn of War II: Chaos Rising you will take command of the Blood Ravens and defend the sector against the Chaos Space Marines of the Black Legion. Purge the Chaos filth and hold the chapter together as traitorous forces work from within to try to bring down the Blood Ravens.

No reviews for Warhammer 40,000: Dawn of War II Master Collection yet.