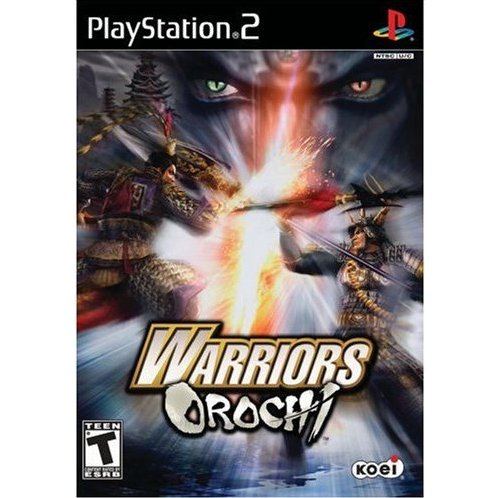 THE WORLDS OF THE DYNASTY WARRIORS® & SAMURAI WARRIORS® ARE ABOUT TO COLLIDE!

Without warning, the Serpent King Orochi descended from the heavens. Using his unworldly powers to shatter time and space, Orochi kidnapped the strongest, wisest and most courageous warriors from Ancient China and Feudal Japan to test his might against the heroes of these ages.

Most of the great armies of these two periods would succumb to the might of Orochi. Yet powerful warriors remain and are ready to continue the fight. Now, the greatest showdown in history is about to take place…

* Play as any of the 77 legendary characters from the Dynasty Warriors® and Samurai Warriors® video game series. Yoshimoto Imagawa, Goemon Ishikawa and Kunoichi will return as playable characters. There are also two new un-lockable characters Orochi and Da Ji.
* Go into battle with your own three-person tag team using characters from either series with the new “Team Battle System”. Players will form a team using any three available characters. At any given time, one warrior will be engaged in battle, while the other two are recuperating, restoring their Life Meters and Musou Gauges. In battle, the player can rotate to a different character in real-time.
* Match wits against the Serpent King Orochi and history’s mightiest warriors! Ancient China and Feudal Japan will collide in four original storylines.
* Marvel as China’s mighty Lu Bu faces off against the fierce samurai Tadakatsu Honda, then bear witness to the encounter between two powerful warlords Nobunaga Oda and Cao Cao.
* Combine attributes from different weapons for more devastating results with the new Weapon Fusion System.
* Play previously played and unlocked stages with any combination of available characters in Free mode.
* Step into a Gallery with over 300 artifacts from the Dynasty Warriors and Samurai Warriors series.

No reviews for Warriors Orochi yet.