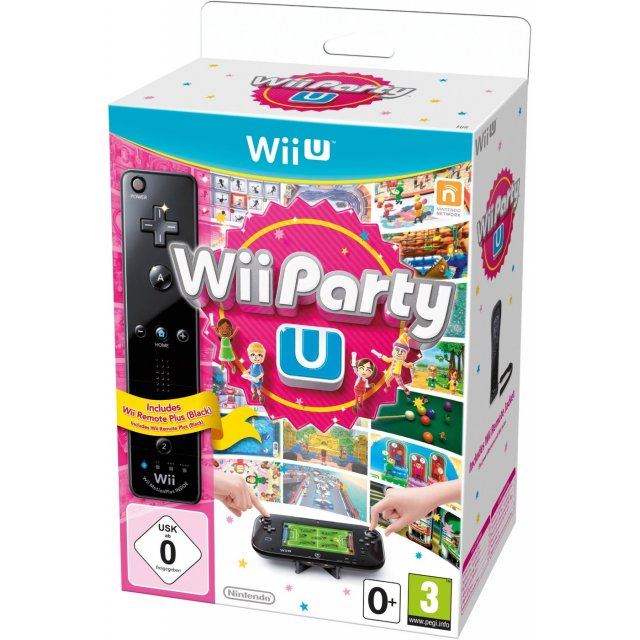 Nintendo
Compatible with Wii U™ (Wii U™)
For PAL systems only.

Keep the party going in the second edition of Nintendo's Party game series. Wii Party U will utilize, and show off, many of the important Wii U features, including the utility of the Wii U Game Pad.. The title promises to be the most innovative and complete of the long-running party game series while still including the franchise's traditional board game gameplay, alongside 80 mini-games and a new selection of table-top games!

Wii Party U supports up to 5 players in offline multiplayer — one player uses the GamePad, while the 4 others use the Wii Remote. There are also mini games that don’t use the television screen but with Wii U GamePad only. Mii characters still appear on screen clapping and cheering if a player does something amazing.

As a surprise comeback Woopy, the host of the original Wii Party and Wii Party's 'Board Game Island' mode makes a return. With all these new games on the Wii U GamePad, Wii Party U is the ultimate party entertainment for people of all ages!

No reviews for Wii Party U (w/ Black Remote Plus) yet.