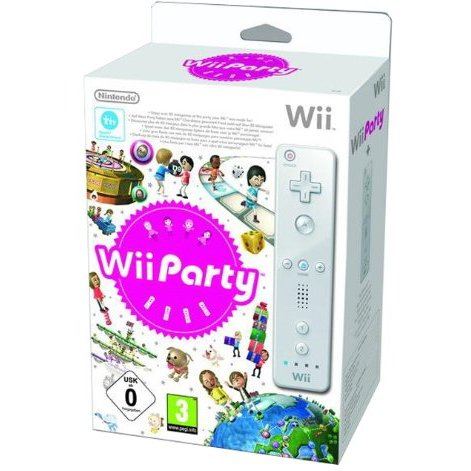 Nintendo
Compatible with Nintendo™ Wii (Wii™)
For PAL systems only.

Wii Party will heat-up your family party like nothing can. Gather your younger siblings, friends and even grand parents for a series of light hearted games. You don't even have to sit in front of the television, you can play as long as the four of you have your Wii remote controls in hand.There are games such as guessing the animal after hearing their sounds, or you can play cards. You can play hide and seek with the controller. Hide it somewhere in the room and let it beep, and ask your family to locate it. There is even a mode where you can pass your beeping remote control from person to person like a bomb, until it explodes.Wii Party takes gaming away from the television and bring your family closer together.

No reviews for Wii Party (w/White Wii Remote) yet.