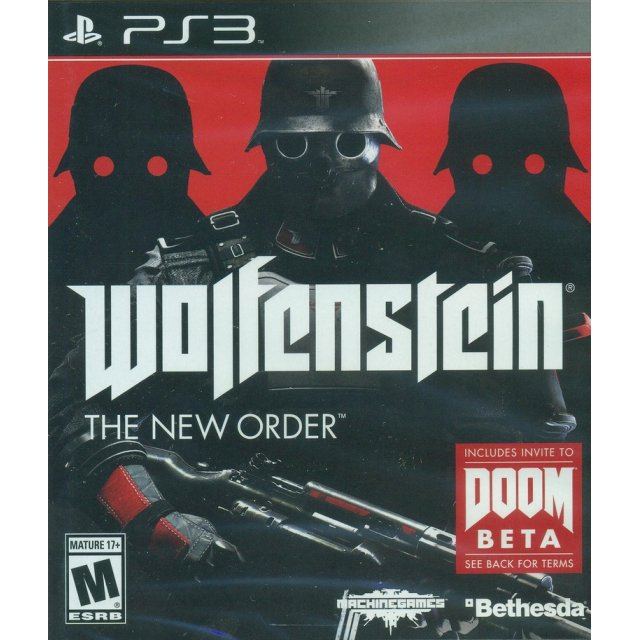 Works on all systems sold worldwide, a correct regional account may be required for online features.
1w Expected stock arrival within 1 week.
US$20.89
Our previous price:US$ 59.99
You save: US$ 39.10( 65% )
Manufacturer
Bethesda
Compatible With PlayStation 3™ (PS3™)
Version

Works on all systems sold worldwide, a correct regional account may be required for online features.
1w Expected stock arrival within 1 week
Price
US$20.89
Our previous price:
US$ 59.99
You save:
US$ 39.10( 65% )
Play-Asia.com Return & Refund Policy

Earn 42 Coins for the Loyalty Program (beta-test)!
Trustpilot
Trustpilot
Click on a thumbnail to see more pictures for Wolfenstein: The New Order

If you are familiar with Wolfenstein: The New Order, why not let others know?

Ryo (125) on 19, Dec. 2014 08:25 (HKT)
it's bad
wow... ps3 version is terrible.for example low texture. I'd like to recommend ps4 version..
ps3's socore is 2 out of 10
lordszadek (7) on 25, Jun. 2014 08:22 (HKT)
Excelente Game
This is an extremely good game, the visuals and the story are good enough to mantain you entertained a lot. Even though to understand at full the story you needed to play the two past games (Return to castle Wolfenstein and Wolfenstein 2009), there's no reason to not try this game though. The campaign is at least 15 hours and it's full of replayibility.