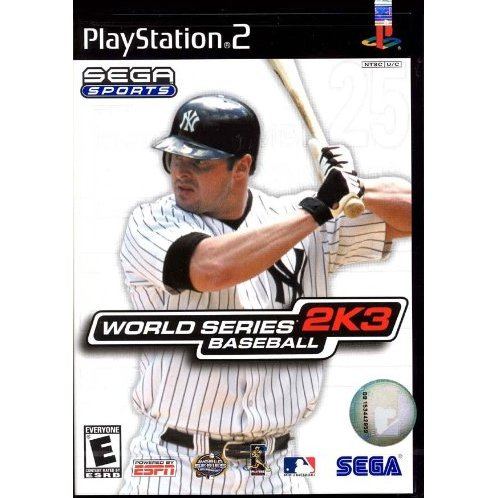 SEGA Sports World Series Baseball 2K3will include a variety of gameplay enhancements such as home-run robbing jumps at the wall, dramatic running grabs in the outfield, user-controlled leadoffs and power swings, silky smooth double play and relay animations, offline throws, and a behind-the-pitcher cam that brings an exciting new perspective to the game. The unrivaled gameplay will be complemented by the deepest Franchise Mode in any baseball video game. Extending through an unlimited number of seasons, users will be able to assemble a full coaching staff by selecting from a pool of managers, batting and pitching coaches, Minor League directors and scouts. In addition to the Franchise Mode, SEGA Sports World Series Baseball 2K3 will also include modes such as Exhibition, Big League ChallengeTM, Season, Playoffs and the SEGA Sports Challenge. Appearing in all SEGA Sports 2K3 games, the SEGA Sports Challenge allows fans to compare their offline stats against other players nationwide on Segasports.com.

No reviews for World Series Baseball 2K3 yet.