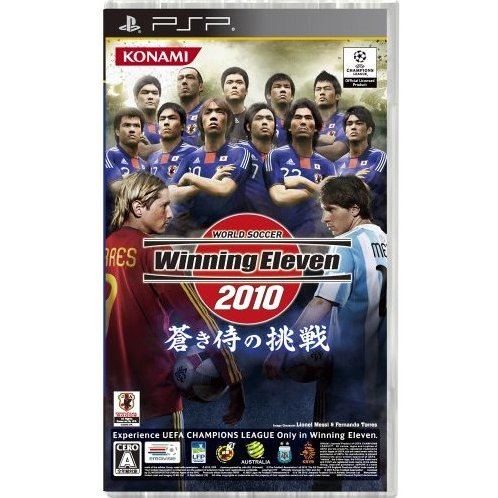 Works on all systems sold worldwide, a correct regional account may be required for online features.
1w Expected stock arrival within 1 week.
US$48.90
Manufacturer
Konami
Rated By Our Customers
Compatible With Sony PSP™ (PSP™)
Version

World Cup, held in South Africa, will be broadcasted all over the TV across the globe a little later this year. Fill the stadium with blue, lead the samurais to victory. Pick any of your favourite player and form them into your team or develop your own character in the Legend mode? Try both.In the Team mode, you arrange your team and take them through the stages, as their trainer, you are in a strategical position. In the Legend mode, you can step into the shoes of your star or create your own character, put him through some challenging games and pit him against the best of the best.With these two modes, you can taste both the strategic side and the blood and guts aspect of the game

If you are familiar with World Soccer Winning Eleven 2010: Aoki Samurai no Chousen, why not let others know?