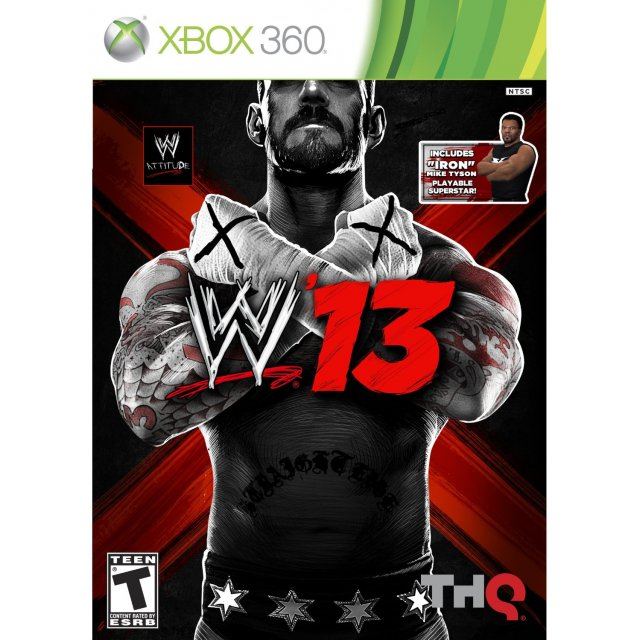 
Click on a thumbnail to see more pictures for WWE '13

Last summer, one man revolutionised the current WWE landscape. In a legendary moment at the end of Monday Night Raw, WWE Superstar CM Punk - as the voice of the voiceless - changed everything the world knew about WWE. Through his words and actions, a new leader emerged to set a higher standard, convey a new brand of attitude and ultimately ignite a revolution among the WWE Universe. His mantra? "Best in the world".It's not the first time WWE has seen such rebellion. Nearly 15 years ago, the legendary "Stone Cold" Steve Austin also revolutionized the WWE realm, sparking a new generation of supporters through his relentless, antihero behavior in one of WWE's most celebrated time periods: the Attitude Era. Why did it happen? In his words, "cause Stone Cold said so".Today, a new crusade is on the horizon, and it doesn't start with an iconic WWE Superstar on television, online or at a live event. WWE '13 is imminent, and it's time to Live the Revolution. THQ's flagship WWE videogame franchise returns to provide the most authentic, seamless and passionate experience to date - all while turning up the attitude. WWE '13 will transform WWE gameplay through the introduction of WWE Live, completely changing the way players embrace the videogame's audio and presentation elements. Predator Technology returns to further implement critical gameplay improvements, while fan favorites in WWE Universe Mode and the franchise's renowned Creation Suite are poised to offer the utmost in player freedom. Furthermore, WWE '13 will introduce a groundbreaking, single-player campaign based on the highly influential Attitude Era. Complete with a robust roster - the largest to date in the franchise - along with a host of additional features, WWE '13 is ready to live a revolution all its own.

If you are familiar with WWE '13, why not let others know?

Souren (10) on 11, Feb. 2013 02:04 (HKT)
Very enjoyable game
This game is a really step up from the previous WWE'12, especially in the creation modes. A must if you are a WWE fan. Only downside are the few glitches, but overreal a very solid title. With the fact that this one cames with the Mike Tyson DLC code and free shipping from Play Asia is a big plus. Thanks!