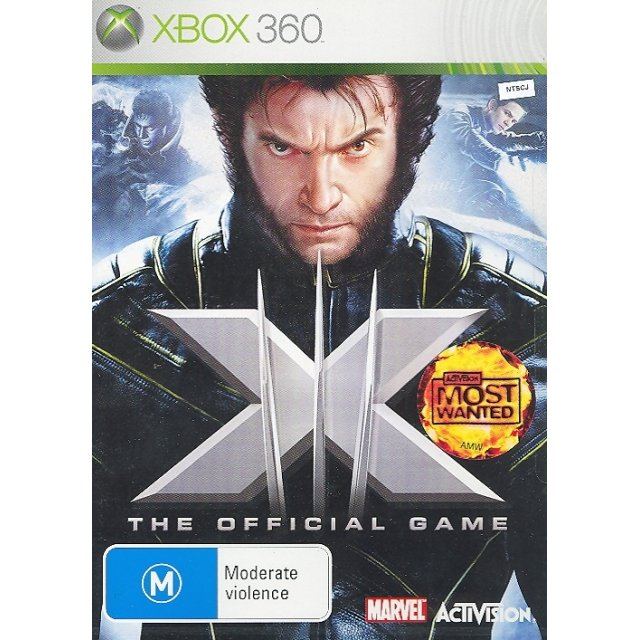 
Click on a thumbnail to see more pictures for X-Men: The Official Game

Master the power of the X-Men—Obliterate enemies and objects as Wolverine,™ using your lethal adamantium claws and crushing brute force. As Nightcrawler,™ scale walls, swing from rafters and teleport through environments to surprise enemies. Shoot ice bursts and create hailstorms as lightning-fast Iceman™. For even more power, utilize fury and adrenaline modes. Become a part of the X-Men movie universe—Embark on a globe-spanning conflict featuring every element of the X-Men universe—from favorite villains to famous locations such as Alkali Lake, plus the voices and likenesses of key actors from the films. Battle fierce enemies, join forces with comrades—Face off against movie villains such as Pyro™, Magneto™ and Sabretooth™, plus added foes like legions of Sentinels. Storm™, Colossus™ and Cyclops™ join forces with you in gameplay that includes melee fighting, stealth-style action and time-based missions.

If you are familiar with X-Men: The Official Game, why not let others know?

Anonymous on 06, Jun. 2006 16:41 (HKT)
Another poor x-men title
I am sick of movie games. Only Spiderman seems to get them right. Batman Begins was so so, hulk was rubbish and this game i took back within days, only thee characters to choose from too!!!
Tom Smithard (3) on 03, Jun. 2006 04:59 (HKT)
great game
fantastic game very pleased with it
keep up the good work
i didn\'t purchase game at play asia
i bought before it came region free :(
i will all ways by from play-asia in the future i think your great play-asia