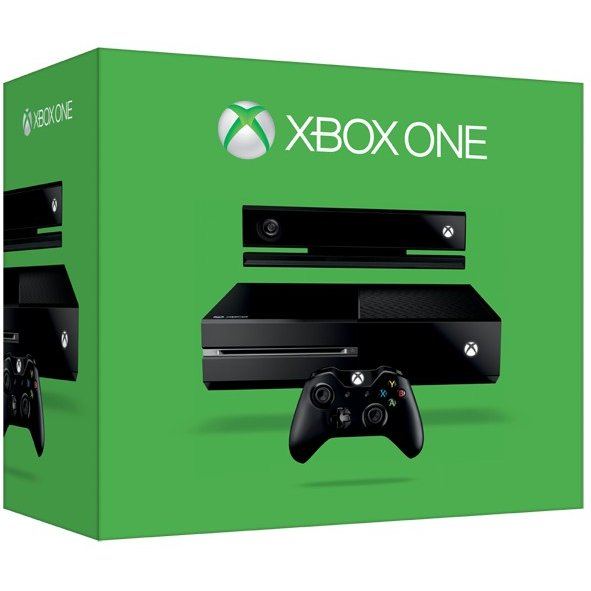 Works with all games sold worldwide.
Get informed when this item is in stock by using our Personal Agent from the right.

sold Out of print / Out of stock.
Manufacturer
Microsoft
Version

Works with all games sold worldwide.
Get informed when this item is in stock by using our Personal Agent from the right.
sold Out of print / Out of stock

Fighting Commander for Xbox One
US$ 44.99

Designed to be the perfect balance of next gen power and performance, the Xbox One is built with the future in mind. Using highly sophisticated technology, Microsoft's newest console is built with one ambitious goal: the domination of your living room as an entertainment super-hub.

For the first time ever in console history, the Xbox One represents a movement towards new possibilities for consumers; by combining a state-of-the-art gaming OS with the powerful Windows OS, the experience is one where instant switching between apps and games makes sense. In addition to this revolutionary architecture, included are an 8-core x86 processor, 8GB of RAM and a 500GB hard-drive ensuring raw power is complimented by performance.

One of the biggest features of the Xbox One is the revamped Kinect, completely reengineered to take full advantage of things important to motion sensing; it's more responsive, intuitive and extremely precise. Boasting the ability to track your every move, features like an automatic sign-in when one enters the room and subtle reaction to voice and vision makes the Kinect a comfortable fit with the Xbox One's one-of-a-kind architecture.

In addition to the Kinect, the Xbox One's controller also takes part in this technological renaissance; with over 40 new innovations, impulse triggers offering precise fingertip feedback, streamlined thumbsticks, and new ergonomics, this could perhaps be the best controller on the market right now.

With regards to connectivity, the Xbox One has an HGMI Pass-Thru, so it is only a mere daisy chain away when connecting a cable or satellite box for integration. As well, Microsoft's already robust Xbox Live service will continue with a focus on more games for gamers and a larger library than ever before. It is also important to note that Microsoft has always offered a supreme online service and the Xbox One will always add new features, content and capabilities with unobtrusive updates in the background.

As a Microsoft product, it goes without saying that cross-screen experiences are now a reality, as the Xbox One can link through apps with SmartGlass, Windows 8, Windows Phone, Android and also iOS devices.

The Xbox One is the all-in-one entertainment system with a focus on movies, music, sports, live TV, multiplayer and games; it defines and sets the bar for the future.

No reviews for Xbox One Console System yet.