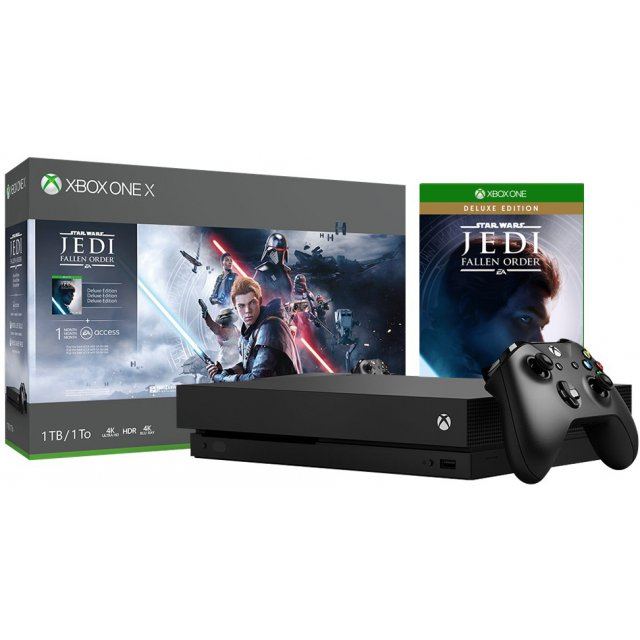 PowerA Wired Controller for Xbox One (White)
US$ 29.99

Xbox One X is a high-end model of the Xbox One family, which was newly developed to improve the performance significantly compared with the conventional stationary game machine and to experience the true 4K game. You can play a big game with a more beautiful screen and smoother drawing, shorter loading time and more immersive experiences.

Smarter gameplay
The 8-core Custom AMD CPU is clocked at 2.3GHz to bring enhanced AI, real-world detail, and smoother interactions to your gaming.

Life-like detail
A 6 Teraflop GPU enables 4K environments and characters to become more realistic than ever, with more detail and smoother animations.