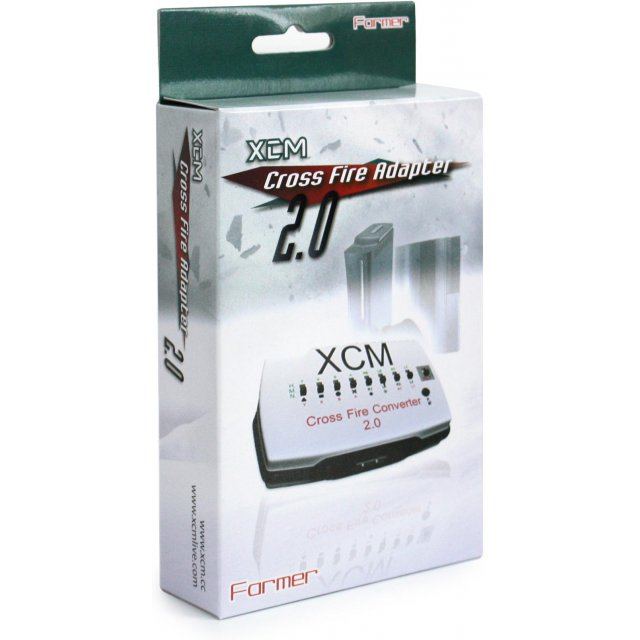 
Click on a thumbnail to see more pictures for XCM Cross Fire Converter 2.0

The XCM Cross Fire Converter 2.0 adapter lets you connect your PS3™ controller to your Xbox 360™/Slim consoles. With built-in rapid fire / turbo and tilt functions, this adapter is the ultimate in Xbox 360™ accessories. This adapter is also compatible with the WIRED Xbox 360™ and WIRED Original Xbox™ controllers for added Rapid Fire/Turbo functionality.

The new XCM Cross Fire Converter 2.0 adapter lets you to remap PS3 buttons to where ever you like. Don't like the Xbox 360 controller setup where the RT is to fire and LT is to aim? Are you use to or prefer the PlayStation 3 controller setup where R1 is to fire and L1 is to aim? This adapter can finally let you remap your buttons to your preference. This new version also supports the wired Xbox 360™ headset as well.

If you are familiar with XCM Cross Fire Converter 2.0, why not let others know?