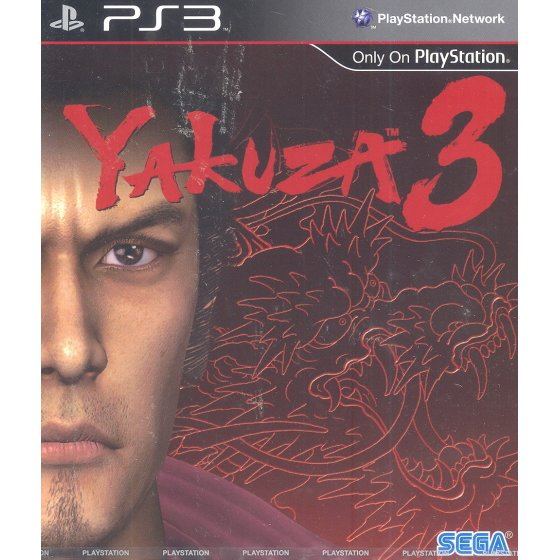 
Click on a thumbnail to see more pictures for Yakuza 3

Introducing the next cinematic chapter in the prestigious video game saga offering an authentic, gritty and often violent story set in modern day Japan. Following the events of the previous game, Kazuma and Haruka have left Kamurocho to seek a new life in Okinawa where they manage an orphanage for children. However, their peaceful life is soon interrupted when a series of events unfold pulling Kazuma back into the shadowy past he thought he had left behind.Making its first appearance exclusively on the PlayStation®3 computer entertainment system, the rich story and vibrant world of Yakuza 3 lets players engage in intense brutal clashes within the streets of Okinawa, and the vibrant and often dangerous city of Tokyo where only the strongest will survive.

Professor Layton and the Unwound Future
US$ 30.99

If you are familiar with Yakuza 3, why not let others know?

The good point is that have a video explain what happen in Yakusa and Yakusa 2, so you don't be lost in the begin of the game.

But the japanese game always use a lot of text instead voice (with subtitle) and when you like skip this sometimes you be mad, like the minigame when you wish play again.

The save games you the same engine of ps3 that give a impression that take time and seems like same twice.

But the history is very interesting with a good graphic and history.
1 »