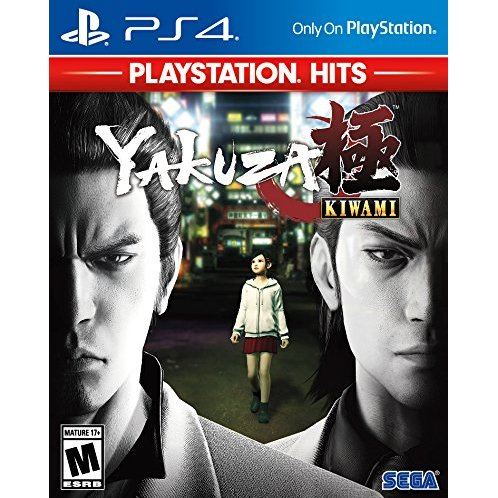 Works on all systems sold worldwide, a correct regional account may be required for online features.
24h In stock, usually ships within 24hrs. (Only 1 left in stock.)
US$23.99
Our previous price:US$ 29.99
You save: US$ 6.00( 20% )
Manufacturer
Sega
Rated By Our Customers
Compatible With PlayStation 4™ (PS4™)
Version

Works on all systems sold worldwide, a correct regional account may be required for online features.
24h In stock, usually ships within 24hrs
(Only 1 left in stock.)
Price
US$23.99
Our previous price:
US$ 29.99
You save:
US$ 6.00( 20% )
Play-Asia.com Return & Refund Policy
Click on a thumbnail to see more pictures for Yakuza Kiwami (PlayStation Hits)

As the thunder claps, gunshots ring out from the Dojima Family office. Kiryu arrives to find Nishikiyama holding the smoking gun over Dojima's dead body, and Yumi in shock from the trauma.

If you are familiar with Yakuza Kiwami (PlayStation Hits), why not let others know?

NO? It's time you get this one (or you can start with ZERO) but buy this anyway.
[This review is based on another version of this product]
Pikapool (1) on 20, Apr. 2018 13:04 (HKT)
The hottest hostess on earth Goromi
Easily one of the best remake from the best series in gaming industry. If someday SEGA release Yakuza series on pc, I will buy them again day one.