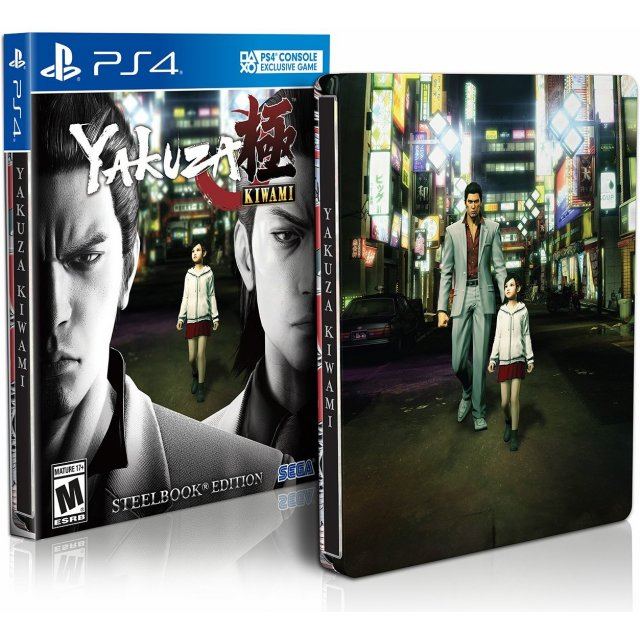 Caesar (31) on 29, Dec. 2018 20:38 (HKT)
Awesome game in awesome package
I had my doubts on the yakuza series, but this is great, looks great, has a great story, the controls are a little weird but i think this is a remake of the first one, so it is understandable, also the metal box edition looks and feels really great, i got it cheap, but i could easily have paid the 30 usd it costs (as of today)
Enrique (4) on 11, Dec. 2018 07:22 (HKT)
Awesome remake!!
The original game 'Yakuza' of PS2 is for me one of the best videogames I have played, but this remake is much better than I thought. If you like the saga 'Yakuza', this remake is a must buy. Beautiful.
ulrichgp12 (3) on 20, Sep. 2018 21:26 (HKT)
Read the Text: (Short answer-GET IT)
Have you ever played another Yakuza game?
YES? Get this one anyway.

NO? It's time you get this one (or you can start with ZERO) but buy this anyway.
Pikapool (1) on 20, Apr. 2018 13:04 (HKT)
The hottest hostess on earth Goromi
Easily one of the best remake from the best series in gaming industry. If someday SEGA release Yakuza series on pc, I will buy them again day one.