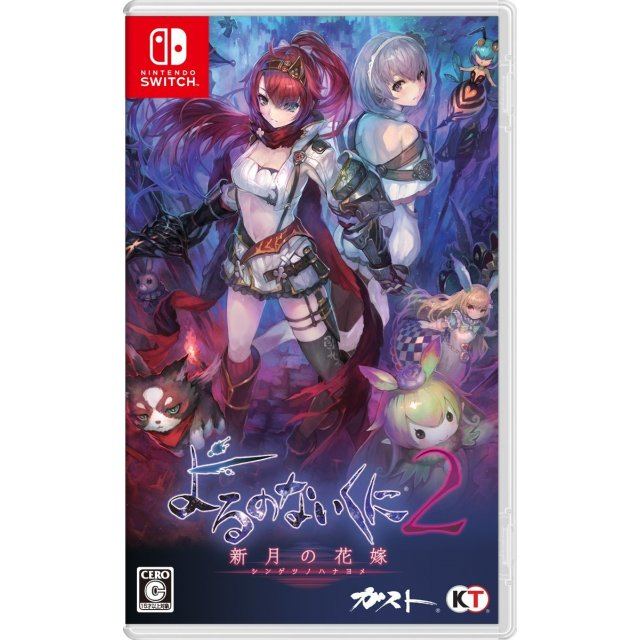 Works on all systems sold worldwide, a correct regional account may be required for online features.
24h In stock, usually ships within 24hrs. (Only 1 left in stock.)
US$47.99
Limited time offer - Secure yours now before the offer expires!

Can the inhuman save humanity?

The battle of the past between the Nightlord and the Saint left a major impact on the world. That is, a world that never sleeps, where “humans” are active during the hours the light shines, and demons known as fiends run rampant during the hours of darkness. Alushe, a knight of the Curia, is entrusted as a guard to escort the Saint Liliana, her former childhood friend.

After fighting the fiends that attacked them, the two finally arrive at the Curia, but there learn that Liliana is the chosen “Bride of Time” to be offered as a sacrifice to the “Queen of the Moon.” In her surprise, sorrow, and suffering, Alushe takes Liliana and heads for the Queen of the Moon’s castle. However, they’re suddenly attacked by a powerful demon, and Alushe, despite her best efforts, is killed.

When she awakens, Alushe has been resurrected by the Curia as an artificial half-demon. According to the Curia’s researchers, Liliana had already disappeared when they found her, and is said to likely be in the abandoned city. In order to recover the stolen Liliana, the resurrected Alushe heads for the abandoned city, taking along the demon power she does not desire within her.

No reviews for Yoru no Nai Kuni 2 Shingetsu no Hanayome yet.