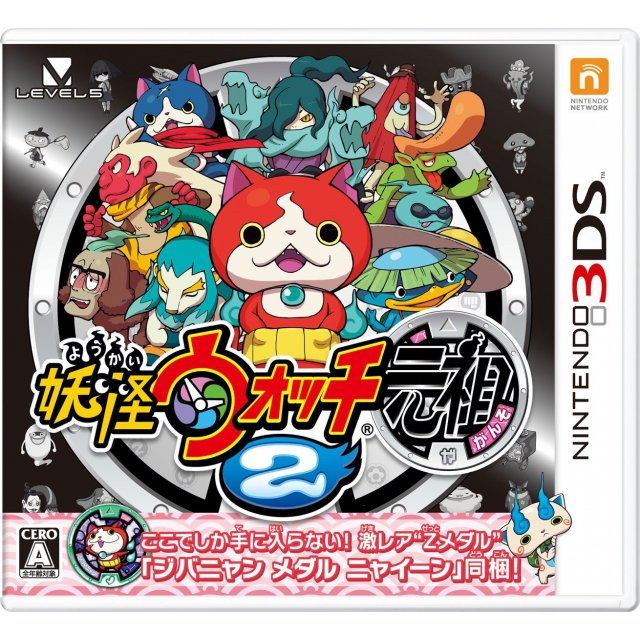 If you are familiar with Youkai Watch 2 Ganso, why not let others know?

CN_KEVIN (28) on 01, Nov. 2014 15:40 (HKT)
No title
I have already bought the other version of Youkai Watch 2, but only one version can't get all of the Youkais.T_T
Bambu (2) on 24, Aug. 2014 18:00 (HKT)
My new favorite Monster Collecting RPG!
I can't believe I'm saying this, but I like this game more than Pokemon. I was a pretty big fan of Yokai even before hearing about this game, so a creature battling/collecting game based around them was like a dream come true!
The game is pretty simple and easy to understand, even if you have near-zero knowledge of Japanese, there are a couple rough patches without proper know-how, but nothing an online guide and Google Translate can't fix.

no problem with JP language.
DaisukeRei (3) on 05, Aug. 2014 23:43 (HKT)
Great game!!!
This game is great. The story focuses more on the history behind the Youkai Watch which the main character receives in the game. The main story is pretty short but there are side quests that you can do in the post game to acquire more items and Youkai. The overall gameplay is similar to Pokemon since you collect the many Youkai in the game but during battles, your Youkai fight in groups of 3 and make their own actions for the most part.

Overall, I would recommend this to anybody that is willing to try a simple yet new style of an RPG regardless of whether you have played the first game or not.