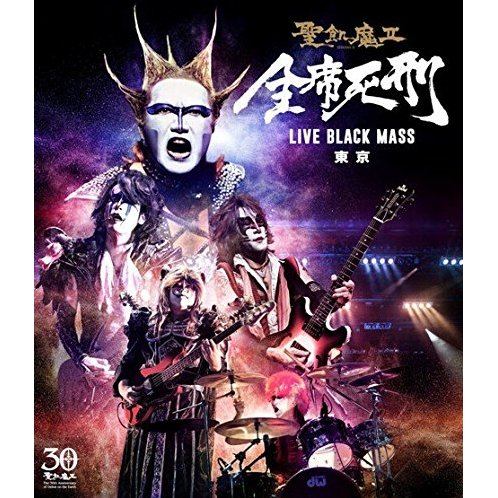 1w Expected stock arrival within 1 week.
US$66.99
Please take note that, once purchased, this item must be paid immediately and cannot be cancelled or returned.
Manufacturer
Universal Music
Feature
Seikima-II
Version

According to the band, Seikima-II is a group of Akuma (悪魔, "demons") from the futuristic hyper-evolved dimension Makai (魔界, "demon world") that preach a religion called Akumakyo in order to propagate Satan through the use of heavy metal music. Each member is a demon of a different hierarchical class, with His Excellency Demon Kakka being leader of the Akuma and His Majesty Damian Hamada being the "Crown Prince of Hell".

In accordance to the prophecy and after completing their world conquest, the band disbanded at the end of the century on December 31, 1999 at 23:59:59. However, the band has had several limited reunions since their disbandment. They performed a two leg 30th anniversary tour from September 2015 into February 2016.

No reviews for Zenseki Shikei - Live Black Mass Tokyo yet.