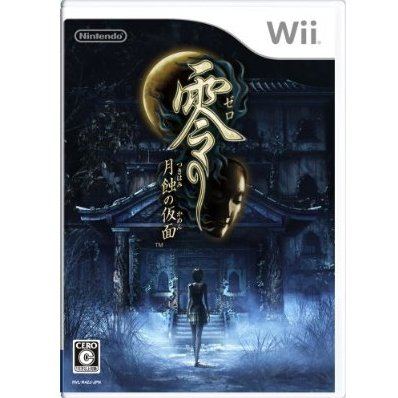 
Click on a thumbnail to see more pictures for Zero: Gesshoku no Kamen

Do things cease to exist if we forget about them?For every decade, a special ceremony is held at a shrine in Rougetsu island. 10 years ago, during a traditional Japanese concert, a case of suspected abduction occurred. Five girls disappeared without a trace as if taken away by supernatural forces.Although the case was solved by a policeman, the girls seemed to have suffered from a special form of amnesia, they have forgotten what happened during their abduction. The amnesia disturbed the girls, but this matter seemed to have been settled when they moved away from the island.However, unlike what everyone thought, this case was not over. 10 years later, two victims from the case were killed in a brutal manner and the survivors suspected it has something to do with Rougetsu island. To find out about the truth behind the case and stop the killing before the culprit takes another life, two survivors, Misaki and Madoka set off to the island they have moved away from so long ago.The remaining survivor Minatsuki Ruka seemed to be the only one who still retained some remnants of memories from her abduction ordeal. She remembered a melody, a group of musicians being surrounded by a circle of masked men and a masked woman who danced as if she was possessed by spirits. In search of the truth behind the memories and images that plagued her life, she, too set off for the island after Misaki and Madoka.

If you are familiar with Zero: Gesshoku no Kamen, why not let others know?

Hentai Lover69 (2) on 06, Dec. 2016 15:17 (HKT)
Must for Fatal Frame Fans!
If you don't like Fatal Frame this will not change your mind but otherwise a great game to have! Especially since Nintendo will never bring this game to the US!
Kettu-chan (4) on 15, Sep. 2016 16:45 (HKT)
Good installment in the series, works as its own
I got a change to play this part of the series back then when I was in a Project Zero meet-up. And now, after many, many years I finally got my own copy. I've always loved PZ series, and as I already have every other part of the series, so of course i had to get this one as my own too!
This game works as its own in the series. It's not linked to the main story where the first three and the fifth one too belong. So if you look for a good horror game for Wii but you're not interested in playing the whole series, this is a good choice. And, maybe after that you actually get into it more and want to know more about the main plot and you decide to invest into the main games. Well, who knows.
The controls are good, and the game itself is very stunning. The OST really gives you chills and the voice actors have done really good job.
alexsdx (5) on 31, Jul. 2016 07:14 (HKT)
Good game but...
The game is very good overall HOWEVER I did have a lot of problems with the controls, If they had added the option to use the classic controller I would have rated this a lot better.

Otherwise the game delivers with its survival horror elements.
vincentnormand (8) on 18, Sep. 2015 18:10 (HKT)
Maybe the best Survival Horror of the Wii era
OK, the game is sometimes a little buggy and is way too easy, but the controls are fun, the game is frightful, the story and characters are awesome...
animao (8) on 25, Jul. 2015 09:06 (HKT)
A whole new Fatal Frame
If you played the previous entries, this one is a must have. The story is mysterious and filled with questions, but beautiful at the same time.

Atmosphere of the game is great! With refreshing input from co-developers Grasshopper Manufacture. This entry is personally my scariest Fatal Frame game in the series.
1 »