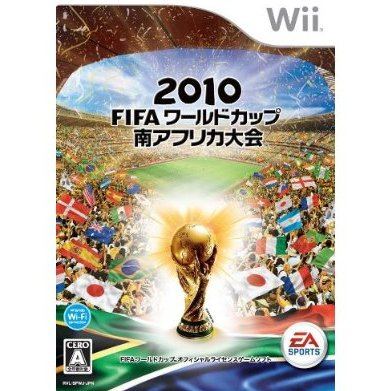 Collections
Electronic Arts
Rated
By Our Customers
Compatible with Nintendo™ Wii (Wii™)
For JPN/Asian systems only.

FIFA World Cup started in the 1930 in Uruguay, this year, the 19th World Cup games will be held in South Africa and is the largest sports event of the year. Join in the event through your favorite console.

This is a world event, challenge soccer teams from around the world, take your team through the group league to the final tournaments. Your achievements will be displayed in your country's ranking boards. You get points for every winning, take your country to victory.

For beginners, you can move your game characters and make them dash, and for offense, you only have to use two buttons. You can enjoy some realistic soccer action even when you are using the simplest modes. Other control sets are the Classic and the New Control, for all these sets, you can customize the button presses.

You have advantages when you are playing in your home country but when playing in other teams' soil, your teammates may suffer from fatigue easier. FIFA 2010 have game data and strategies on all countries, work out tactics to avoid opponents from exploiting your members week points.

If you are familiar with 2010 FIFA World Cup South Africa, why not let others know?