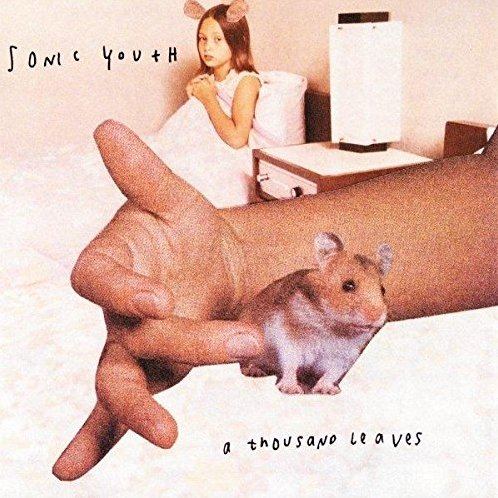 A Thousand Leaves was Sonic Youth's 10th studio album and the group's first major effort to be recorded at their own Echo Canyon studio in NYC. Free from the constraints of paying for costly studio time, the band was able to work at their desired pace and experiment at will. The result was an album born out of improvisation, chiefly characterized by the guitar interplay between guitarists Thurston Moore and Lee Ranaldo. The album title was inspired by Walt Whitman as Moore explained, "The same way he improvises with images and words, we improvise with sounds and notes." Sonic Youth formed in 1981. Founding members Thurston Moore (guitar, vocals), Kim Gordon (bass guitar, vocals, guitar) and Lee Ranaldo (guitar, vocals) remained together for the entire history of the band, while Steve Shelley (drums) followed a series of short-term drummers in 1985, and rounded out the core line-up. In their early career Sonic Youth were associated with the no wave art and music scene in New York City. Part of the first wave of American noise rock groups, the band carried out their interpretation of the hardcore punk ethos throughout the evolving American underground that focused more on the DIY ethic of the genre rather than it's specific sound.

No reviews for A Thousand Leaves yet.