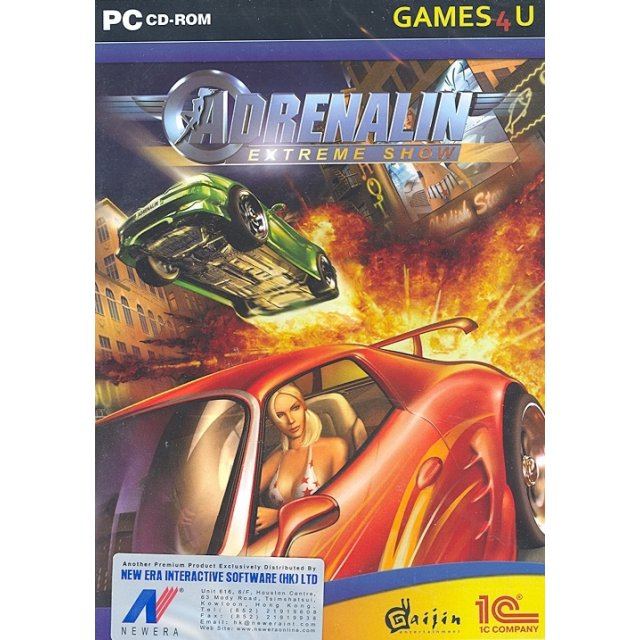 Adrenalin is a game that successfully blends the genres of thrilling adrenalin-pumping racing and an economic management sim. The aim of a player is to not only become the fastest driver around, but to be a talented manager as well.

In the beginning of the game the player has to pick out one of the twelve beautiful young ladies. One of them even exists in reality – she is the winner of Miss Russia contest in 2003. Once you choose a character the task is to make your protégé as successful and famous as possible.

The world of Adrenalin is a world of a TV reality show where girls from different countries (USA, Russia, Ukraine, Sweden and even the Congo) compete to become the fastest driver and to make a bid for the sympathy of the audience. The more popular the girl becomes, the higher her rating grows, the more advertising and promotion offers she receives. The aim is to make the character a superstar not just on the track, but on TV, radio and covers of magazines.

First of all Adrenalin is a show and the audience loves to be entertained. The winner is not always the one to cross the finish line first, but the one who manages to amuse the public, the one who does it spectacularly, the one that makes the audience scream and applaud.

No reviews for Adrenalin Extreme Show yet.