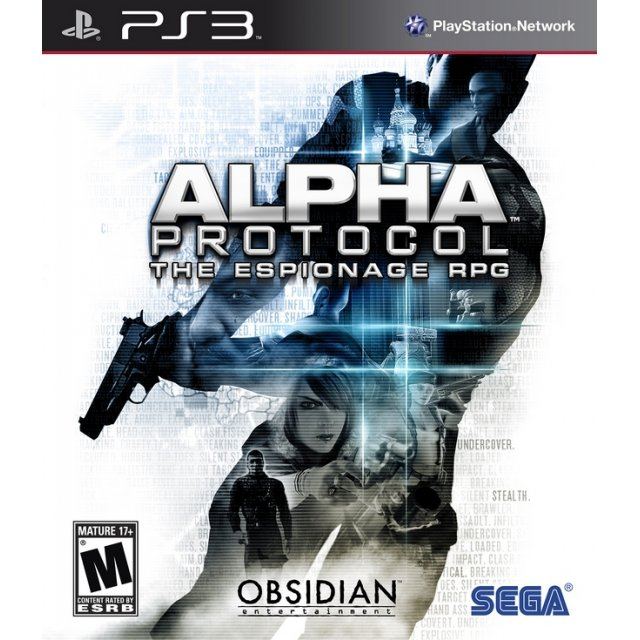 Works on all systems sold worldwide, a correct regional account may be required for online features.
24h In stock, usually ships within 24hrs. (Only 1 left in stock.)
US$15.29
Limited time offer - Secure yours now before the offer expires!

Works on all systems sold worldwide, a correct regional account may be required for online features.
24h In stock, usually ships within 24hrs
(Only 1 left in stock.)
Price
US$15.29
Our previous price:
US$ 44.99
You save:
US$ 29.70( 66% )
Play-Asia.com Return & Refund Policy
Trustpilot
Trustpilot
Click on a thumbnail to see more pictures for Alpha Protocol

The year is 2009. Hundreds of innocent passengers and crew are killed after a commercial airliner is shot down over Eastern Europe. The culprit? A high-tech U.S. defense missile which had somehow fallen into the wrong hands. As government agent Michael Thorton, you have been chosen to find those responsible and bring them to justice.Become the spy of your choosing in a modern-day conspiracy plot. As you progress, decide how to develop abilities such as devastating physical combat moves, customization of your weaponry, and the use of ingenious gadgets and traps. Stay vigilant though – the cast of Alpha Protocol will react intelligently to your every move, resulting in the most exciting and unpredictable role-playing experience ever created.

If you are familiar with Alpha Protocol, why not let others know?

claudios_i (17) on 12, Sep. 2014 08:52 (HKT)
Rpg Occidental
Este juego es de los pocos juegos rpgs occidentales que me gustaton tiene una excelente historia, varios finales y mucha libertad gracias a las elecciones posibles. Yo lo recomiendo totalmente.
Clearco (17) on 21, Mar. 2014 05:39 (HKT)
A risky bet from Obsidian
Not an usual "Action-RPG game. You can modify the story with yours decisions and it makes this game very replayable, if you´re curious and want to know what happen if you have made another choice. The control and the graphics are poor, but the story make it good.
matti (3) on 28, Feb. 2014 04:46 (HKT)
Great game!
I had more fun playing this game than with some so-called premium Triple-A games.
Sure, the game has its flaws (controls and cover system are not perfect), but it was still a blast to play this game. The gameplay is very addictive and it provides lots of replay value.
[This review is based on another version of this product]
DrasgonDigger (36) on 06, Aug. 2013 23:08 (HKT)
Amazing
Amazing
Tarek2040 (120) on 17, Dec. 2012 18:25 (HKT)
Not bad
OK game
1 »