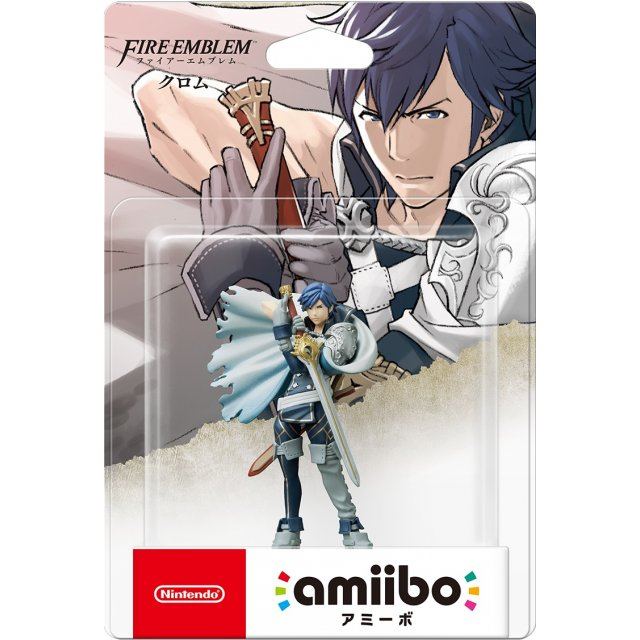 Prince of the Halidom of Ylisse, Chrom is a descendant of the Hero-King Marth. He leads a militia force called the Shepherds that protects Ylisse. Though he can be reckless during training, he can always be counted on in the heat of battle.

​What can amiibo do?

amiibo The Legend of Zelda: Breath of the Wild Series Figure (Link: Rider)
US$ 22.99

amiibo The Legend of Zelda Series Figure (Zelda Kaze no Takuto)
US$ 21.49

If you are familiar with amiibo Fire Emblem Series Figure (Chrom), why not let others know?

Wonderful, isn't it?
leon.fofis (34) on 19, Oct. 2017 08:22 (HKT)
One more to the collection
Being a huge fan of the series, adding one more of the lord's cast is a huge adding to the collection, and Chrom is one of the most coolest among the lords.

Great addition to the collection!