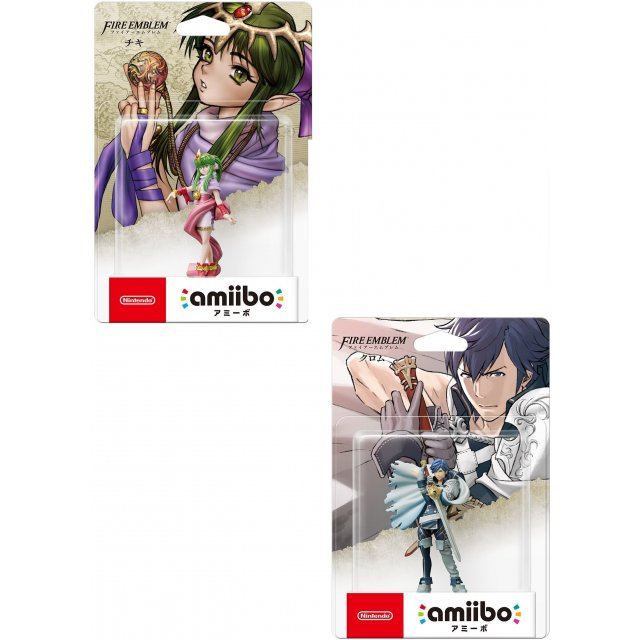 amiibo Fire Emblem Series Figure (Chrom)
Prince of the Halidom of Ylisse, Chrom is a descendant of the Hero-King Marth. He leads a militia force called the Shepherds that protects Ylisse. Though he can be reckless during training, he can always be counted on in the heat of battle.

amiibo Fire Emblem Series Figure (Tiki)
Hailing from the Fire Emblem™ series, Tiki resides in Valm as the Voice of the Divine Dragon. You might be surprised to learn that she is 3,000 years old. As befitting one from the Divine Dragon tribe, she has a very calm demeanor...but every so often, she'll show her youthful spirit.