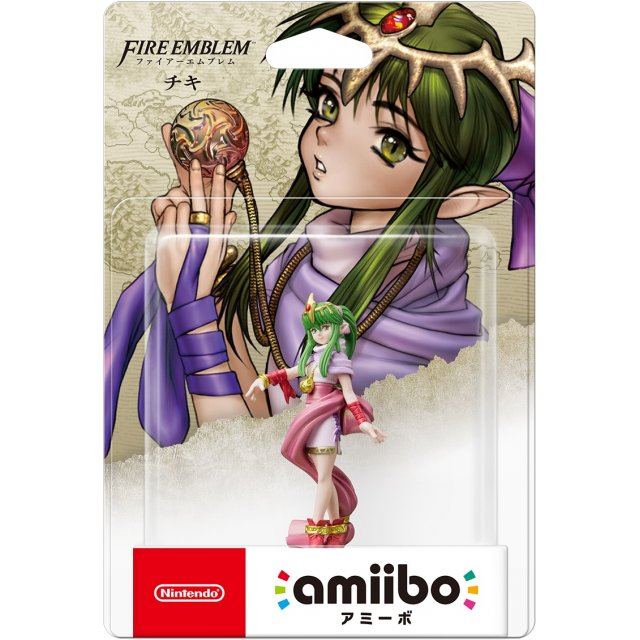 Hailing from the Fire Emblem™ series, Tiki resides in Valm as the Voice of the Divine Dragon. You might be surprised to learn that she is 3,000 years old. As befitting one from the Divine Dragon tribe, she has a very calm demeanor...but every so often, she'll show her youthful spirit.

amiibo The Legend of Zelda Series Figure (Zelda Kaze no Takuto)
US$ 21.49

If you are familiar with amiibo Fire Emblem Series Figure (Tiki), why not let others know?

magnus20019 (1) on 11, Dec. 2019 10:00 (HKT)
Exactly what I hoped for!
She arrived well-packaged and in perfect condition. Very detailed amiibo and unlocks a pretty good in Fire Emblem: Three Houses. A great finishing touch to my FE amiibo collection!
TNinja (30) on 23, Dec. 2017 00:35 (HKT)
FE Colletible
If anyone's been around the Fire Emblem the longest, it would be Tiki, as she had quite many appearances.

Other note. She seems to be the first Amiibo of it's kind to have artwork being different than the Amiibo's pose.
lukaskirschjk (1) on 19, Oct. 2017 16:41 (HKT)
Perfect
She arrived on-time, in perfect condition, carefully packaged, and was much more detailed than previous amiibo I'd received.
leon.fofis (34) on 19, Oct. 2017 08:20 (HKT)
Cute and must have into FE Amiibo collection
Being a huge fan of the series, this is a must have in yout collection of amiibos of the Fire Emblem series.

With huge details, this is one of the most cute amiibos of all the series received.