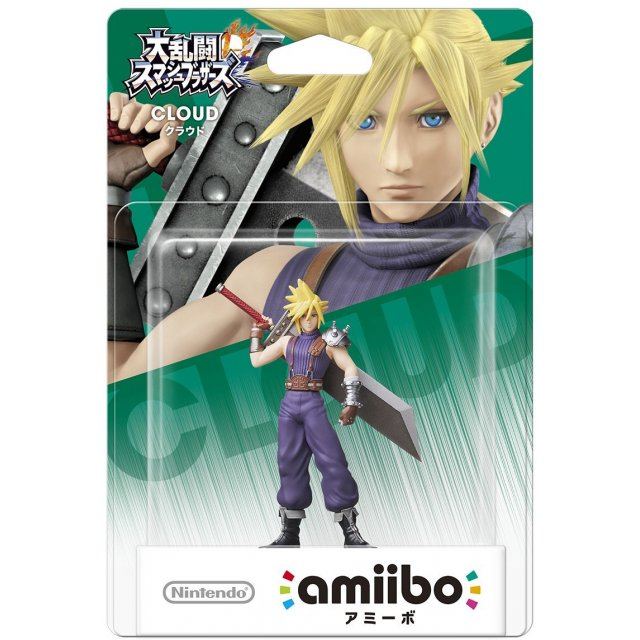 sold Out of print / Out of stock.
Manufacturer
Nintendo
Rated By Our Customers
Compatible With Wii U™, New 3DS, New 3DS LL / XL, SW
Version

The protagonist of FINAL FANTASY VII, Cloud wields the enormous Buster Sword, a memento from his comrade Zack. Once a SOLDIER of Shinra, he now fights as a mercenary against the corporation he originally served. His decision to join AVALANCHE's insurgence, however, will transform his destiny.

If you are familiar with amiibo Super Smash Bros. Series Figure (Cloud), why not let others know?