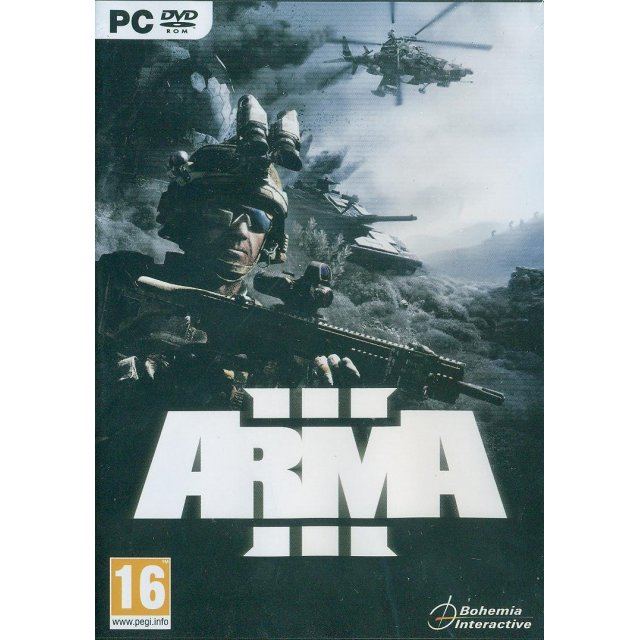 sold Out of print / Out of stock.
Manufacturer
Bohemia Interactive
Compatible With Windows™ (PC)
Version

Starting with the successful Arma: Cold War Assault (originally titled Operation Flashpoint*: Cold War Crisis) in 2001, Arma 3 is the latest installment in Bohemia Interactive’s award-winning tactical military shooter series for PC. Set in a massive Mediterranean sandbox of over 290 km², featuring 40+ weapons and 20+ vehicles, Arma 3 provides an authentic, diverse and open combat experience - supported by a wide variety of singleplayer and multiplayer gameplay. Together with the brand new Real Virtuality™4 engine, limitless opportunities for content creation and a passionate community, the PC’s premier military simulation game series is back. Arma 3 – This Is War.

No reviews for Arma III (DVD-ROM) yet.