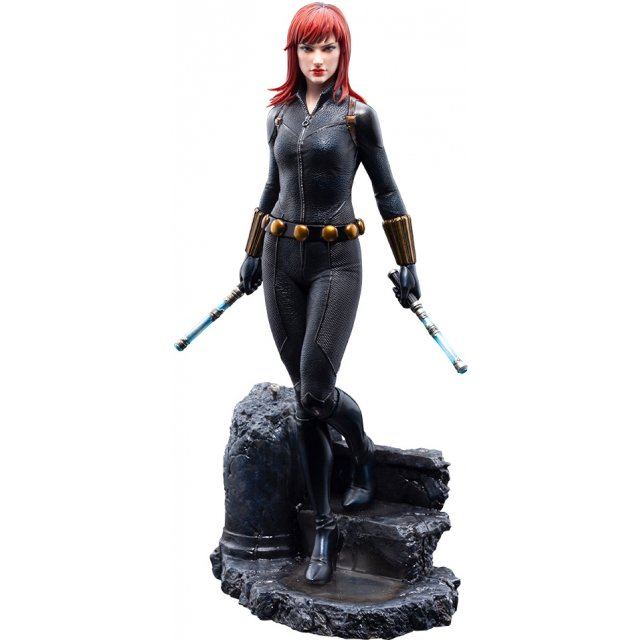 Japan
24h In stock, usually ships within 24hrs. (Only 1 left in stock.)
US$145.99
Manufacturer
Kotobukiya
Version

The second line started as early as the ARTFX PREMIER series.

This series focuses on female characters with the theme of "WOMAN of MARVEL". Elaborately shaped and painted faces, realistic costumes, etc., while inheriting the previous series, the biggest focus of this series is the pursuit of"thorough "beauty".

"Black Widow" is a lineup from this featured series.

This work draws out the charm of the character to the maximum by applying real makeup to the face below 3.5mm, in addition, the base reminiscent of the ruins reproduces a puddle that reflects even her feet.

The second line of ARTFX PREMIER, which brings new value under the theme of "beauty", is the best part of decorating the statue.

Through the series, create a new design for this series of packages full of luxury, Also included is a certificate with a serial number that proves that it is the only one in the world.

What is ARTFX PREMIER:
"The real thing ahead"
The highest label pursuing the limits of the product to reach the extreme of character expression. This is a limited item with a serial number that is available only to limited collectors worldwide.