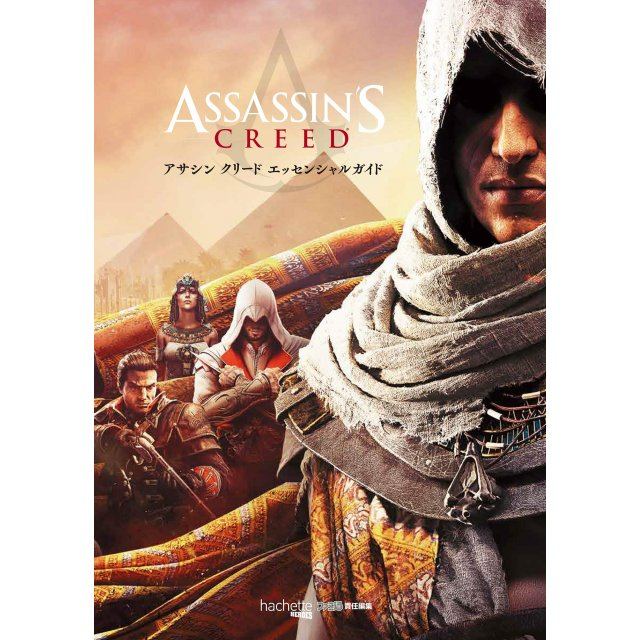 Japan
1w Expected stock arrival within 1 week.
US$36.99
Please take note that, once purchased, this item must be paid immediately and cannot be cancelled or returned.
Manufacturer
Kadokawa Shoten
Version

The only complete guide to unlock the world of "Assassin's Creed". History, People, Stage, Technology as well as the latest work "Assassin's Creed Odyssey", Japanese translation version of "Essential Guide" finally appeared, with all knowledge complementing the world of Assassin's Creed series including movies and comic versions. Pay attention to the facts hidden behind the history of the assassin 's battle over the years!

Chapter 1: Introduction
- Assassin and the Knights of Temples, the formation of two organizations, etc.

Chapter 4: Assassin Church
- Includes knowledge about Assassin sects such as history, creeds, weapons, and ceremonies. Also, introductions of over 63 people including the main assassins and collaborators.

Chapter 5: Knights Templar
- About the history of the Templar Orchestra, which is an organization that assassinates the Assassin group, and its organizational structure with much mystery.

Chapter 6: Technology and Weapons
- Describes various technologies developed by both organizations, including "Animus" and Assassin Blade.

Chapter 7: Theater
- Appeal to the assassin's hypothesis unfolded in the main historical event.

Chapter 8: Hyundai
- Concerning the confrontation structure between Assassin and the Templar Knights, which change shape and still continue in modern times.

No reviews for Assassin's Creed Essential Guide yet.