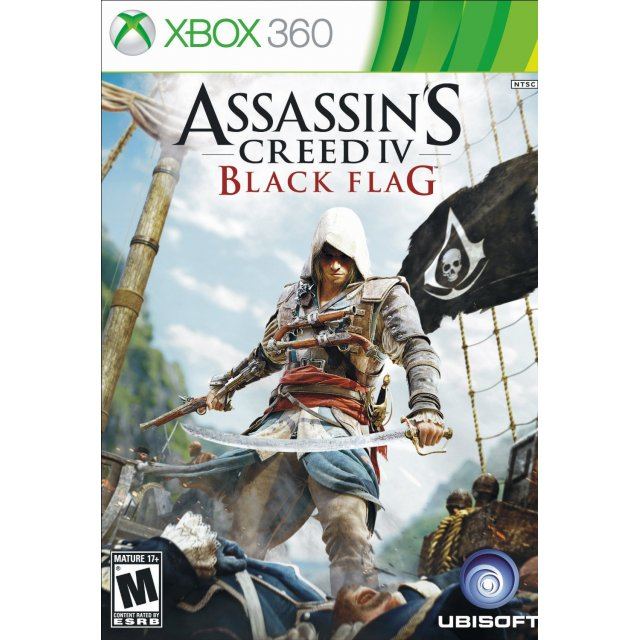 Works on all systems sold worldwide, a correct regional account may be required for online features.
24h In stock, usually ships within 24hrs. (Only 1 left in stock.)
US$16.29
Limited time offer - Secure yours now before the offer expires!

Manufacturer
Ubisoft
Rated By Our Customers
24h In stock, usually ships within 24hrs
(Only 1 left in stock.)
Price
US$16.29
Our previous price:
US$ 59.99
You save:
US$ 43.70( 73% )
Play-Asia.com Return & Refund Policy
Click on a thumbnail to see more pictures for Assassin's Creed IV: Black Flag

lennyrigodonpioquinto (3) on 28, Dec. 2017 09:17 (HKT)
love it!!!
I love the gameplay! great map!
qqloh (18) on 12, Jan. 2016 23:52 (HKT)
Nice!
This game very enjoyable.
rukshanabe (6) on 12, Dec. 2014 11:31 (HKT)
Good Game
Play-Asia did good job this time by sending this on early at its best.
Spieluhr (13) on 30, Jan. 2014 11:10 (HKT)
Worth playing, but overrated
It's not a real Assassin's Creed game. It's good as a pirate simulator (not an accurate/realistic one, but a very fun one), and it's amazing as an open-world seafaring game!
However we get no new present-day protagonist, instead a weird meta (and mute/brainless) first-person protagonist thing, and the pirate protagonist, Edward, spends almost the whole game only after cash, and being a fool. The assassins, the creed, and all that made Assassin's Creed different from other action-adventure games are barely there. The combat went kind of backwards as we can use a lot less weapons now.
Also, things can get so repetitive. For many hours the game is addictive, but after plundering over 50 ships, which I had to in order to upgrade stuff, I just want to skip those parts.
stevenrsvl (354) on 19, Nov. 2013 14:57 (HKT)
Assassin's Creed Meets Total Recall!
Great game and looks like Assassin's Creed is turning into the Total Recall Experience with the Amnibus... Great game!