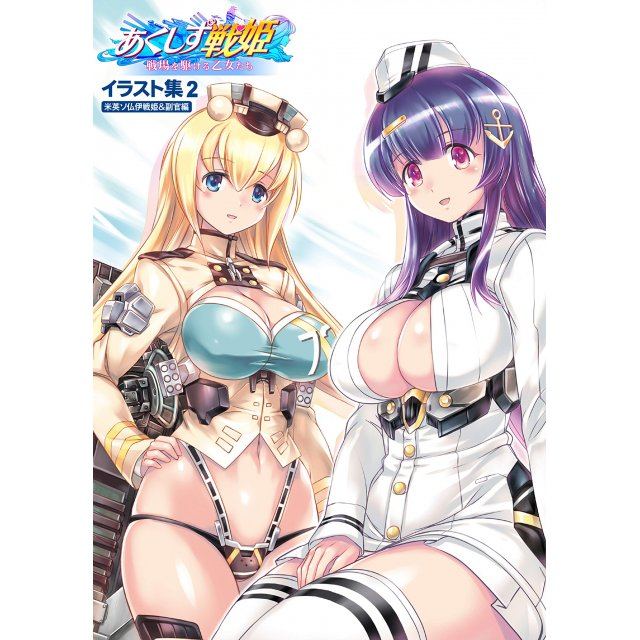 Japan
1w Expected stock arrival within 1 week.
US$29.99
Please take note that, once purchased, this item must be paid immediately and cannot be cancelled or returned.
Manufacturer
Ikaros
Version

- Popular beautiful girl military magazine.
- App game where many characters appeared.
- "Atsushizu Senki ~ Maidens running through the battlefield ~".
- Illustrations used in the game were recorded.
- The art collection is published in two volumes.
- In this volume, the bottom volume, support gameplay.
- Four adjutants who did and the United States, the United Kingdom, the Soviet Union, Italy, France and other countries.
- A girl who personified a tank, a military aircraft, a warship, etc.
- Posted 98 illustrations and data at once.
- Illustrations and SD characters drawn for games.
- Illustrators in charge and voice actors in charge will be covered.
- Pin-up at Azushu magazine, unimplemented Senki and also includes unimplemented SD characters.
- Cover is from popular illustrator.
- Sexy aircraft carrier that Mr. heavy tank crew depicted.
- It is a combination of George Washington and Yuuki Sakura of the adjutant.
- If you are an anthropomorphic weapon, it is a must read books!

No reviews for Axis Senki Illustration Collection 2 yet.