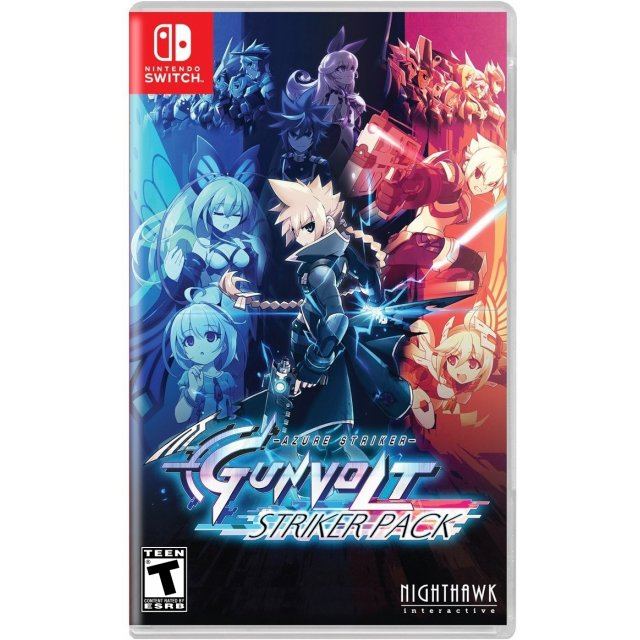 Works on all systems sold worldwide, a correct regional account may be required for online features.
24h In stock, usually ships within 24hrs.
US$40.99
Our previous price:US$ 43.99
You save: US$ 3.00( 7% )
Manufacturer
Nighthawk Interactive
Rated By Our Customers
24h In stock, usually ships within 24hrs
Price
US$40.99
Our previous price:
US$ 43.99
You save:
US$ 3.00( 7% )
Play-Asia.com Return & Refund Policy
Click on a thumbnail to see more pictures for Azure Striker Gunvolt: Striker Pack

The Nintendo Switch version also features a slew of upgrades from the 3DS version, including a 60 FPS upgrade, upgraded UI, high-resolution event graphics, the entire DLC catalog from the 3DS version pre-loaded into the game, a brand new vocal track from the character Lumen, AKA "The Muse," HD Rumble compatibility, and more!

If you are familiar with Azure Striker Gunvolt: Striker Pack, why not let others know?