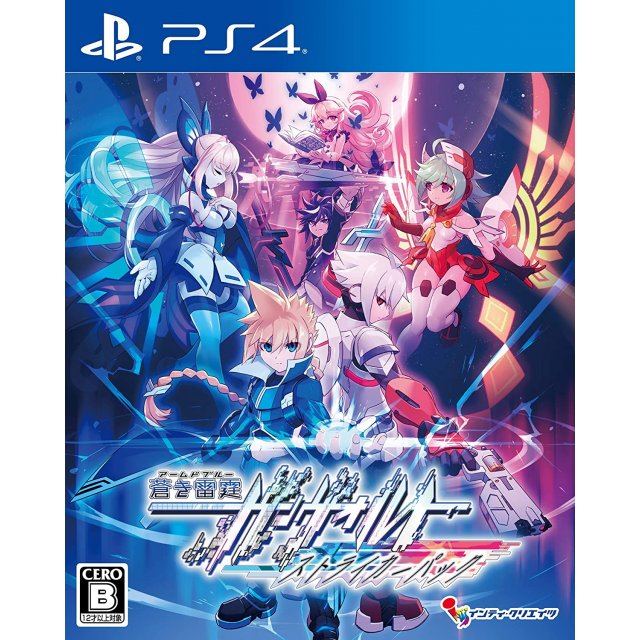 Works on all systems sold worldwide, a correct regional account may be required for online features.
24h In stock, usually ships within 24hrs. (Only 1 left in stock.)
US$43.99
Limited time offer - Secure yours now before the offer expires!

Manufacturer
Inti Creates
24h In stock, usually ships within 24hrs
(Only 1 left in stock.)
Price
US$43.99
Our previous price:
US$ 49.99
You save:
US$ 6.00( 12% )
Play-Asia.com Return & Refund Policy
Click on a thumbnail to see more pictures for Azure Striker Gunvolt: Striker Pack

About the Gunvolt Series

- Intense high-speed side-scrolling action!
- Characters and worlds created with high-quality pixel art!
- Action game elements are interwoven into a deep story that takes the genre to a whole new level!
- The heroines of the series have over 20 songs they sing to build up excitement during the games!
- Game systems and level design that can be enjoyed by both beginners and action game veterans alike!

No reviews for Azure Striker Gunvolt: Striker Pack yet.