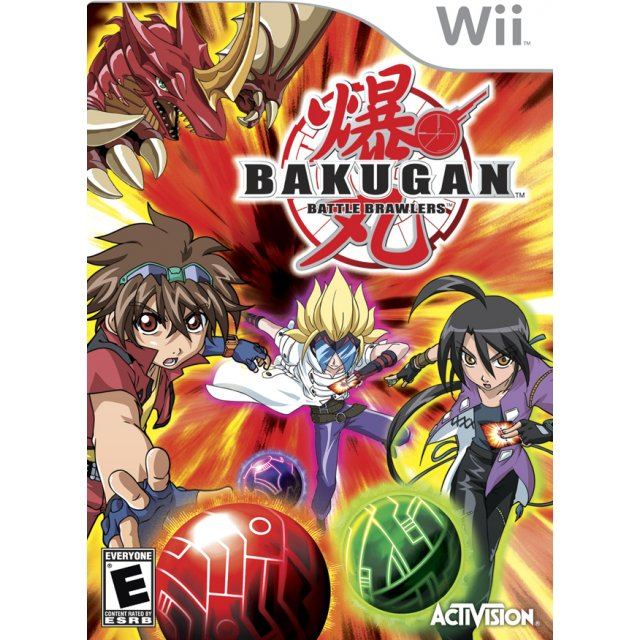 Activision
Rated
By Our Customers
Compatible with Nintendo™ Wii (Wii™)
For US/Canada systems.

NTSC
1w Expected stock arrival within 1 week
Price
US$15.89
Our previous price:
US$ 54.90
You save:
US$ 39.01( 71% )
Play-Asia.com Return & Refund Policy
Trustpilot
Trustpilot
Click on a thumbnail to see more pictures for Bakugan Battle Brawlers

Answer the call to BRAWL and enter an alternative universe where good and evil fight for domination! Only you can decide the fate of the galaxy.Start off as an untrained Bakugan Brawler and must fight your way to the top of the heap. Combining the drama and story of the cartoon series with the skill and strategy of the card game, players will become completely immersed in this unique title. Throw Bakugan cards onto the battlefield, and then try to carefully shoot your Bakugan balls onto the cards to unleash their monstrous powers. When two Bakugans stand on the same card, they transform into gigantic creatures and fight to the finish!

Bakugan Battle Brawlers: Defenders of the Core
US$ 22.19

El Shaddai: Ascension of the Metatron
US$ 14.99

If you are familiar with Bakugan Battle Brawlers, why not let others know?