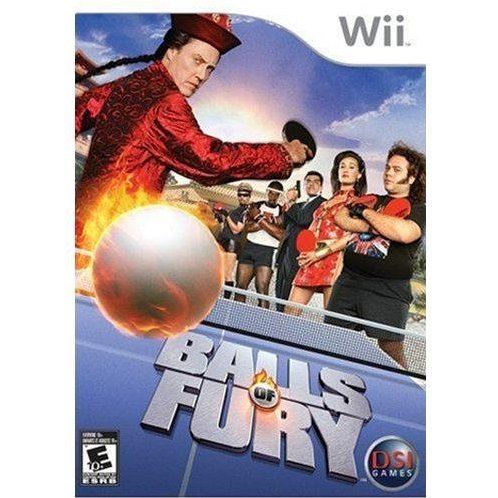 In the unsanctioned, underground and unhinged world of extreme Ping-Pong, the competition is brutal and the stakes are deadly. Down-and-out former professional Ping-Pong phenom Randy Daytona is sucked into this maelstrom when FBI Agent Rodriguez recruits him for a secret mission. Randy is determined to bounce back and recapture his former glory, and to smoke out his father’s killer – one of the FBI’s Most Wanted, arch-fiend Feng. Balls of Fury™, the hit movie starring Christopher Walken, is now an action-packed ping pong game for the Nintendo Wii™ system! In Balls of Fury™, you actually play table tennis using the Wii Remote™. You will need to keep up with the ball as the pace gets faster and the opponents get tougher! There are many fun ways to play Balls of Fury™ including Exhibition mode, Arcade mode, and Story mode.

No reviews for Balls of Fury yet.