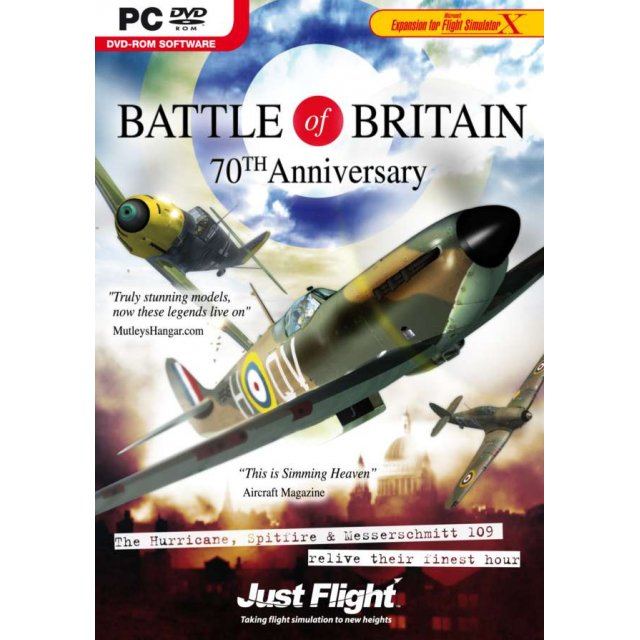 Released to commemorate the 70th Anniversary of the Battle of Britain, this expansion contains the three key aircraft in this desperate struggle in the air - the Spitfire, Hurricane and the Me 109.Custom built with incredibly detailed and ultra-high-quality cockpits, numerous model variations, exacting flight dynamics, realistic engine sounds and high-resolution liveries, this is the ultimate Battle of Britain simulation for FSX.

No reviews for Battle of Britain - 70th Anniversary (DVD-ROM) yet.