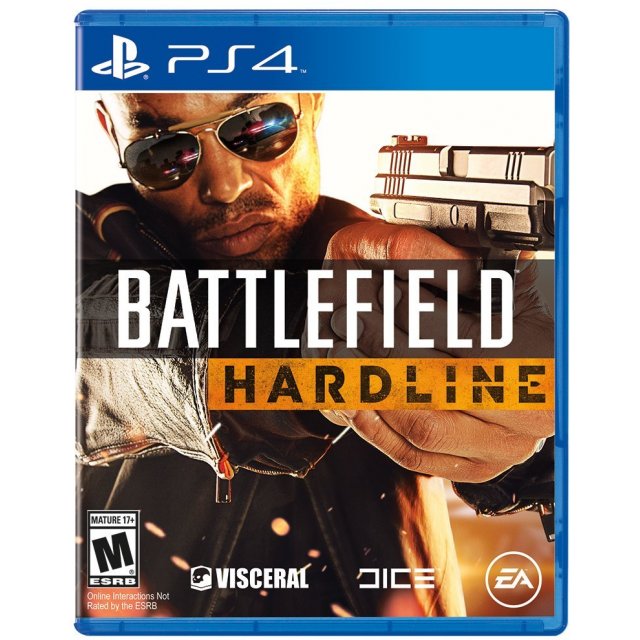 Works on all systems sold worldwide, a correct regional account may be required for online features.
24h In stock, usually ships within 24hrs. (Only 1 left in stock.)
US$19.69
Limited time offer - Secure yours now before the offer expires!
Our previous price:US$ 59.99
You save: US$ 40.30( 67% )
Electronic Arts
Compatible With PlayStation 4™ (PS4™)
Version

Works on all systems sold worldwide, a correct regional account may be required for online features.
24h In stock, usually ships within 24hrs
(Only 1 left in stock.)
Price
US$19.69
Limited time offer - Secure yours now before the offer expires!
Our previous price:
US$ 59.99
You save:
US$ 40.30( 67% )
Play-Asia.com Return & Refund Policy
Click on a thumbnail to see more pictures for Battlefield Hardline

If you are familiar with Battlefield Hardline, why not let others know?

leyken (22) on 21, Jun. 2015 07:35 (HKT)
Jogo bom.
De todos BF,esse é mais simples,não tem muito veiculos,os gráficos sao bons.
A jogabilidade é boa,da pra se divertir bem.
A tematica desse jogo não é guerra,por isso algumas não gostam,mas o jogo é bom sim.
O que eu espero de verdade é a sequencia de um battlefield bad company 2 com aqueles cenários destrutivos,bom não custa sonhar.
yoloman (130) on 04, Jun. 2015 23:18 (HKT)
Worst battlefield to date
This game just use the battlefield name and the genre is so what out of topic.
how can a Cops vs Robber game can ride on battlefield name.
the multiplayer is just the worst . Only 10 maps and you are done. Game is quite easy and AI in single player are so stupid.
you should try to believe. Not so average and it did push out too early.i recommend battlefield 4 expansion pack rather than this cause this can get even worst.