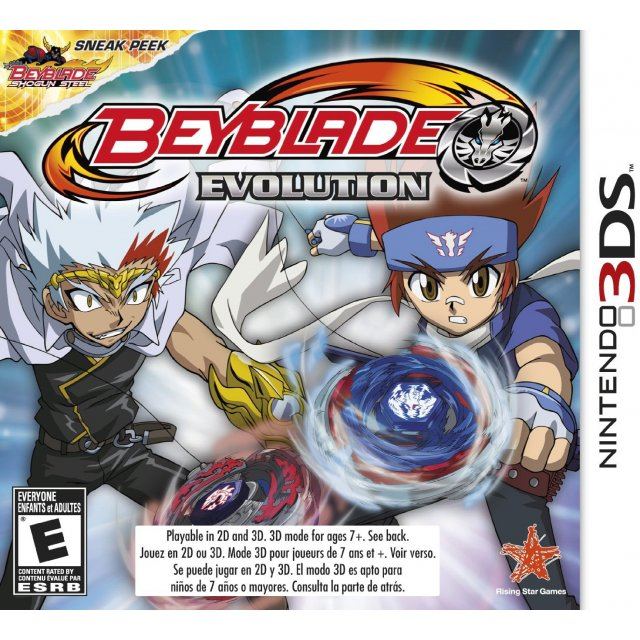 
Click on a thumbnail to see more pictures for Beyblade: Evolution

From Anime to Game World:
Prepare to be hit by tornado like top toys as they make their debut for the Nintendo 3DS in BEYBLADE: Evolution. Published by Rising Star Games, Evolution is based on the popular anime BEYBLADE: Metal Fury TV series.

The BeyBlades in every Tilt, Motion and View:
Fans will enjoy this game as it was created specifically with the features of the Nintendo 3DS in mind; Beyblades can be launched through gyro and motion sensors, so expect awesomeness in every tilt and motion as the game responds instantly. Also featured is the 3DS Augmented Reality camera making it easier to adjust the view of the battling BeyBlades.

Customize and Battle:
Get ready to customize your own Beyblade and battle against the computer or your friends in a series of tournament and mini-games challenges. As well, famous characters from the original anime will make appearances throughout the game; whether it’s either to challenge the player or assist in the goal of being ultimate Beyblade champion, Evolution takes these exciting tops to the next level.

Tongari Boushi to Mahou no Machi - Special Pack
US$ 42.99

No reviews for Beyblade: Evolution yet.