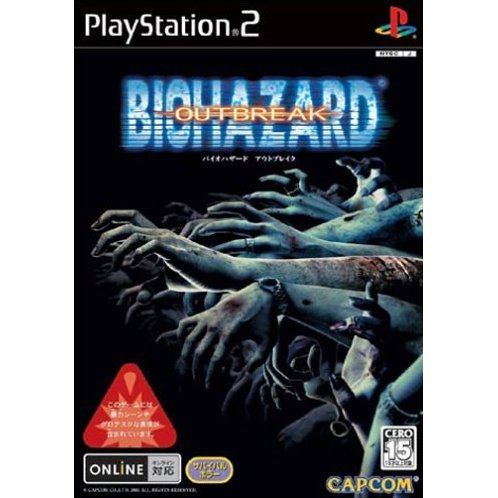 sold Out of print / Out of stock.
Manufacturer
Capcom
Compatible With PlayStation 2™ (PS2™)
Version


Click on a thumbnail to see more pictures for Biohazard Outbreak

Biohazard Outbreak tells the dramatic story of escaping from decaying zombies infected with the T-virus, and the ultimate struggle to escape from Raccoon City. An outbreak of a secret biological weapon has infected the people of this isolated town which has caused everyday people to turn into flesh-eating zombies that swarm the streets. In a final attempt to stop the spread of the zombies the city is engulfed in flames. A fight is being fought by S.T.A.R.S. (Special Tactics and Rescue Squads) members Leon Kennedy and Claire Redfield as they are trapped within this horrific nightmare. They wage their war against the pharmaceutical giant, Umbrella who are responsible for the events leading up to this disaster. In the shadow of this nightmare are a few meagre survivors. These survivors must find a way to get out of this city before the government quarantines the entire area by firing a missile and destroying all traces of life. Players must beat the clock or die trying.新しく、最も怖い『バイオハザード』。ストーリー：9月某日。アメリカ中西部、ラクーンシティ。突如発生した未曾有の生物災害（バイオハザード）により、街は地獄と化した。刻々と身体を蝕むウイルスの侵食。道々にあふれ返る死者どもの進行。恐怖と絶望が、街の通りを埋め尽くす。これは、明かされなかった真実の一面。数奇なる運命をたどった、ある市民たちの逃走劇である。

If you are familiar with Biohazard Outbreak, why not let others know?

Patrick Shaw on 17, Jun. 2004 09:12 (HKT)
Great Biohazard Game!!!
This is an awesome Biohazard game for PS2. Very solid with a good amount of features. The Collection feature keeps the replay of this game going for a long time. For importers, this game has very minimal Japanese and is easy to understand. If you want to play online you will need to get a KDDI account which is about $8 a month.