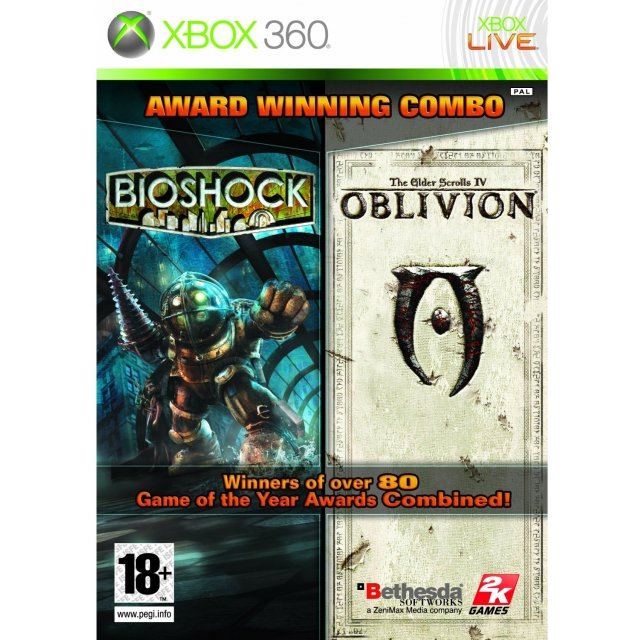 sold Out of print / Out of stock.
Manufacturer
2K Games
Compatible With Xbox360™ (X360)
Version

BIOSHOCK After your plane crashes into icy uncharted waters, you discover a rusted bathysphere and descend into Rapture, a city hidden beneath the sea. Constructed as an idealistic society for a hand picked group of scientists, artists and industrialists, the idealism is no more. Now the city is littered with corpses, wildly powerful guardians roam the corridors as little girls loot the dead, and genetically mutated citizens ambush you at every turn. BioShock forces you to question the lengths to which you will go and how much of your humanity you will sacrifice...to save your own life. BioShock is loaded with some of greatest, most modifiable weapons to ever blast their way into a shooter. But guns alone won’t be enough to defeat the devious AIs of Rapture. There are literally hundreds of other strategies players can use to take out his enemies. THE ELDER SCROLLS IV: OBLIVION Step into the most richly detailed and vibrant game world ever created. The Elder Scrolls® IV: Oblivion™ is the latest chapter in the epic and highly successful saga from Bethesda Softworks. Oblivion is the sequel to the best-selling, award-winning role-playing game (RPG) The Elder Scrolls III: Morrowind®, named 2002 RPG and Game of the Year for Xbox®. Oblivion is another leap forward in role-playing with its combination of freeform gameplay and cutting-edge graphics.

No reviews for BioShock & The Elder Scrolls IV: Oblivion Bundle yet.