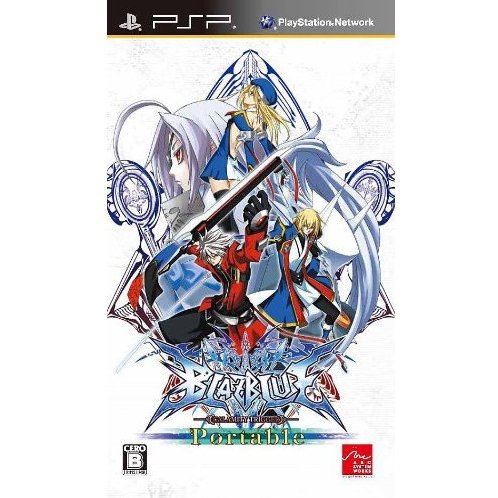 Works on all systems sold worldwide, a correct regional account may be required for online features.
1-5d Expected stock arrival within 1-5 days.
US$13.99
Our previous price:US$ 48.99
You save: US$ 35.00( 71% )
Manufacturer
Arc System Works
Rated By Our Customers
Compatible With Sony PSP™ (PSP™)
Version

Works on all systems sold worldwide, a correct regional account may be required for online features.
1-5d Expected stock arrival within 1-5 days
Price
US$13.99
Our previous price:
US$ 48.99
You save:
US$ 35.00( 71% )
Play-Asia.com Return & Refund Policy
Trustpilot
Trustpilot

Blaz Blue Portable is an upgraded Sony PSP port. By using the wide and high resolution screen, no details in the graphics will be sacrificed, and with the ad hoc network facilities, you can hook up with any Blaz Blue fighter you meet on the bus or on the train.Instead of just 4 characters in the home console versions, 12 characters will get a strengthened skill set. Each character has a shining talent, you have to choose more wisely when you battle them.There is a new Legion mode, you take your army and conquer the bases of other characters. Each time you win a war, you can recruit an enemy character to join your army. Fight on to build the strongest army and take over the Blaz Blue world.

If you are familiar with BlazBlue Portable, why not let others know?