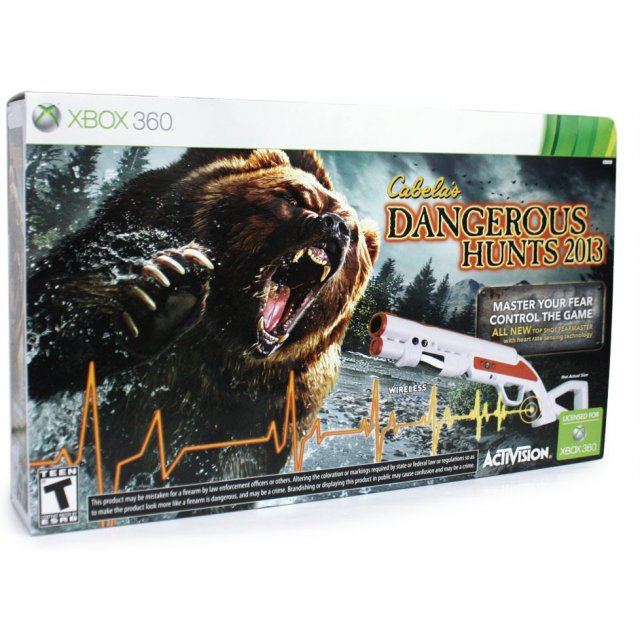 Activision
Compatible with Xbox360™, Xbox One™

sold Out of print / Out of stock.
Manufacturer
Activision
Compatible With Xbox360™, Xbox One™
Version

FACE YOUR FEARS!In an epic story written by Andrew Kreisberg of Fringe, two brothers are torn apart after the death of their father at the hands of a grizzly bear. Ten years later, the estranged brothers reunite for the hunt of their lives. One beast tore them apart. Can another beast bring them back together?Play with the all-new Top Shot Fearmaster*, which tracks your heart rate (X360 and PS3 only) to add a whole new level of reality and dynamic gameplay. Will you be able to control your fear long enough to fend off the deadly beasts?*Note: Wii Top Shot Fearmaster peripheral does not have heart rate sensing capabilitiesIn Cabela's Dangerous Hunts 2013 you get Deadlier Predators, Deadlier Hunts: Can you hold your own against the most vicious beasts the animal kingdom has to offer? Find out in Cabela’s Dangerous Hunts 2013!