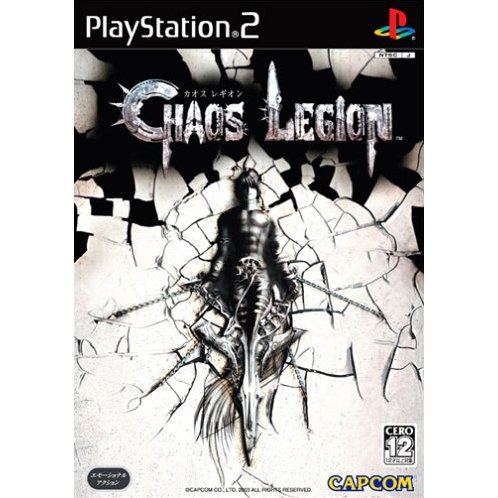 Chaos Legion is based on a serial story of the same name, published in Kadokawa Shoten's Dragon Magazine. The game's cast includes Sieg Wahrheit ("Sieg" meaning victory and "Wahrheit" truth in German), a member of the Dark Seal Knights and Chaos Legion's main character. He will be joined by Victor Delacroix, a member of a religious organization as well as two girls by the name of Siela Riviere and Arcia Rinslet. The game is produced by Yoshinori Ono, who described this as his latest project as a fantasy opera. Also at hand during the presentation were Capcom's director of game development Yoshiki Okamoto and the four voice actors, who will lend their voices to the game's main characters.もう誰も、ひとりでは戦えない。－かつては、友であった二人の男の数奇な運命（ドラマ）が展開される奥深いストーリー。多彩なレギオン（召喚獣）を率いて、敵の大軍団に挑む！魔獣の大軍団にプレイヤーひとりでは、戦えない。プレイヤーは召喚獣と呼ばれる様々な〈レギオン〉を召喚し、共に戦いに挑む。軍勢VS.大軍団の壮絶バトルが繰り広げられる！

If you are familiar with Chaos Legion, why not let others know?

gillette87663434 (1) on 12, Jan. 2008 03:53 (HKT)
Deserves A Sequel
I've had this game for years and it is absolutely a good pwn! Where's the sequel Capcom?
Anonymous on 03, Jun. 2006 23:09 (HKT)
Unbelievably addictive
One of he most addictive games I\'ve ever played. Playing the first level or 2 isn\'t nearly enough to judge this game. Get in several levels, gain access to several different \"Legions\" (summon creatures) and then try putting this game down. The way in which you gain experience and build up your abilities make this game more addictive than cocaine.

Moreover, the soundtrack is INCREDIBLE. Awesome gothic chanting and cool video game rock. Not to mention te super stylish character designs and brilliant storyline. Anybody that doesn\'t like this game didn\'t play far enough.
Anonymous on 24, Nov. 2005 11:57 (HKT)
Good game!!!
If you are a fan of capcom games then you will like this game. Don\'t believe the haters !!!!