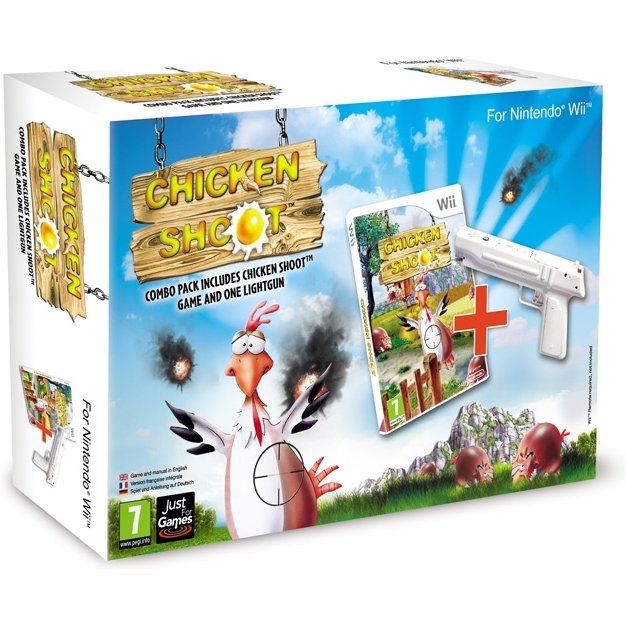 sold Out of print / Out of stock.
Manufacturer
Zoo Digital
Compatible With Nintendo™ Wii (Wii™)
Version

Chicken Shoot is nothing but a remake of an already existing game released in 2005 for the GBA and PC. The levels are almost the same, gameplay is the same… nothing has really changed. However, the idea of a shooting range simulator for the Wii sounds like it could be fun. We have all learned to love Duck Hunt, or at least the idea of it, and Chicken Shoot is nothing but Duck Hunt in disguise! Sure, the level design is much more interesting and varied, and the chickens don't all look the same, plus there isn't a dog laughing at you, but it's still a game where you point and shoot at flying things - in this case, chickens.

No reviews for Chicken Shoot (w/ Gun) yet.