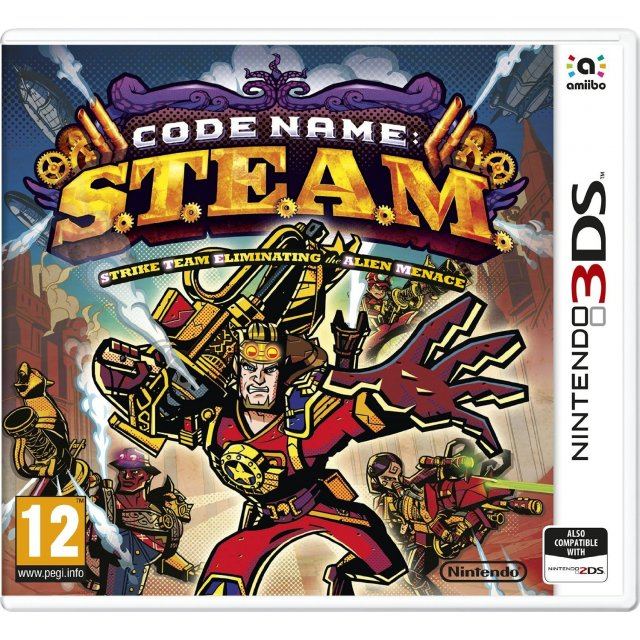 From the creators of the much loved games like Fire Emblem and Advance Wars, Intelligent Systems brings another treat to all strategy fans in Codename: S.T.E.A.M! This cel-shaded steampunk game brilliantly combines elements from third person game shooters and American comic books. Codename: S.T.E.A.M which stand for Strike Team Eliminating the Alien Menace is a brand new IP and game for 3ds that is as awesome as the name implies!

Turn-based Strategy Game at its Finest:

During the age of steam in London, President Abraham Lincoln forms an elite fighting force known as STEAM to protect the world against enemies from outer space. Be in charge of this elite army and control different fighting units of up to four members and combat monsters. Choose from a wide variety of characters each possessing unique abilities of their own styled in 3D graphics and comic-book-style cinematics. Enjoy exploration elements of the game and be able to swap between different characters in the first-person view. Strategize your movements, attacks and overwatches and decide which tactic is the most effect when approaching this 3D steampunk-inspired battlefield.

If you are familiar with Code Name: S.T.E.A.M., why not let others know?

Definitely buy this game!
[This review is based on another version of this product]
jamesparry (8) on 29, Mar. 2015 22:33 (HKT)
Another great 3DS game from Intelligent Systems
From the developers of the Fire Emblem and the Paper Mario series comes another great title; fresh and unique, Code Name STEAM is unlike any game of recent years, in terms of charm and gameplay. It is a blend of RPG, strategy and resource-management genres and they all fit together well in this fantastic, sequel-demanding addition to the 3DS library. I do have a few minor (although annoying) complaints; you cannot skip or speed up alien turns, meaning you have to wait at least 30 seconds in between turns and with no lock-on targeting system some small enemies are impossible to shoot on first try due to the bopping that all enemies do while the players turn. In the grand scheme of things this is insignificant but it bugged me at the time.
[This review is based on another version of this product]
wuzzi (138) on 26, Mar. 2015 22:57 (HKT)
Awesome
This reminds me alot of Valkyria Chronicles. If you love RTS games similar to Valkyria Chronicles, then this game is for you.